Hacked without a license for the Emirates: Three ex-NSA employees pay a fine 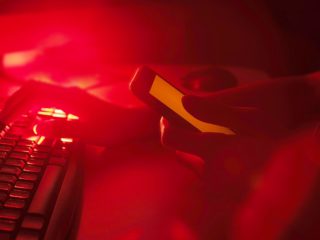 Three former NSA employees admitted in a US court that they worked as hackers for the United Arab Emirates and broke US laws. In return for a stay of law enforcement, they now plead guilty and also have to pay any proceeds as a penalty – a total of nearly $ 1.7 million. According to the court documents that have now been published, the three have made their expertise available to the United Arab Emirates without the necessary permission from the US government and for it “stolen data from computers, electronic devices and servers all over the world, including some in the USA” .

As the US Department of Justice now summarizes, hacked the three for an Emirati company between 2016 and 2019. According to the New York Times, this is DarkMatter, which had already become known through media reports. Among other things, they helped to develop attack tools that worked without the help of the victims (“zero click”). Among other things, cell phones were attacked – also in the USA. The three had been advised that they needed a license from the US government to carry out these activities, but they had not stopped working for the company.

Reuters made public in early 2019 that former US intelligence agents in the service of the United Arab Emirates hacked numerous iPhones of diplomats, politicians and human rights activists. At first they worked for a company called CyberPoint, which had permission from the US government. The Emirates would not have been satisfied with this and founded their own company, which was allowed to hack much more limitlessly without a license. The ex-secret service agents from the USA were lured there. The three named by name alone would have earned 600,000, 335,000 and 750,000 US dollars there within two, three and four years respectively.

The agreement with the three accused is the first to deal with unauthorized hacking services that fall under export controls and the establishment of companies in this context. According to the New York Times So far, the rules for such digital mercenaries have been vague. The proceedings against the three ex-NSA employees could now be the starting signal for similar measures with which the US government is likely to try in the future to prevent ex-spies from offering their services to other states for money. The CIA has already warned of a “harmful trend” in this regard: Anyone who engages in such an activity could undermine the mission of the secret service in favor of opposing states.