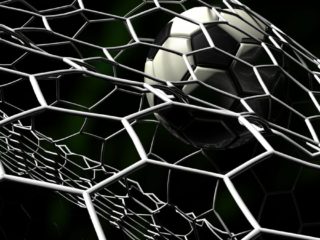 Criminals have broken into the network of the game provider Electronic Arts (EA) and, according to their own statements, copied 780 GB of data. This includes the source code of the world-famous soccer game series FIFA and the Frostbite game engine. It is the basis of several other popular games. EA confirms the hacker attack, but assures that no player data has been accessed. The privacy of the players should not have been compromised.

In various hacker forums someone offers the complete source code of the current game FIFA 21 as well as various associated developer programs, including for the upcoming FIFA 22. In addition, the source code of the Frostbite engine plus tools is offered. Frostbite is the basis of games and game series such as Battlefield, Need for Speed ​​and Star Wars: Battlefront.

Lots of data but no player information stolen

According to the hackers, the data is 780 GB and enables full access to EA’s services. The hackers only want to quote a price on request. Buyers could use the data to develop cheat codes or hacks, or even copy the games for their own products.

EA confirms the process in a statement to Vice.com. The company is trying to allay concerns about player data and claims to be working with law enforcement agencies and other experts.

EA is one of the largest game publishers in the world and, according to its own information, has over 450 million registered players. In 2020 EA had a turnover of 5.5 billion US dollars.

In 2020, the Japanese games company Capcom suffered a ransomware attack that affected up to 350,000 users. After a ransomware attack on the Polish game developer CD Projekt, the source code of “Cyberpunk 2077” was allegedly sold at the beginning of this year.