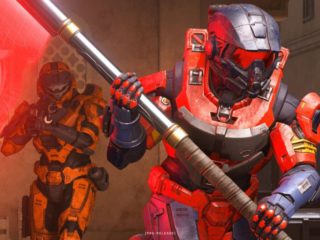 Halo Infinite has been one of the big names at the Xbox & Bethesda Games Showcase held on the occasion of E3 2021. The 343 Industries title will feature single-player modes, but also an ambitious side multiplayer, interpreted as a service game where anyone who wants can enter: it will be free (free-to-play; free with in-app purchases) without the need for Xbox Live Gold.

Halo Infinite Creative Director Joseph Staten explained that since joining the 343 Industries team in late 2020, “we have focused on the elements that make Halo a game like no other, while polishing and optimizing it to be ready. for release on Xbox and PC “. The game has not finished its development yet, but it seeks to be ready for its premiere before the end of the year 2021.

The launch will be just the beginning of Halo Infinite

Once Halo Infinite is released for Xbox One, Xbox Series X | S, and PC, a great journey for the play will actually begin. The goal is for the first year to have a multitude of content, thousands of customization options for the Spartan, a complete first season of content, Heroes of Reach, with armor such as Yoroi Spartan, which can be obtained totally free if we complete all the events of Season 1.

Regarding the playability, something that Halo Infinite fans were concerned about, “our goal is to provide you with a multiplayer experience that honors classic Halo combat and at the same time give new players the support they need to enter the universe of this franchise. ” For this, the Spartan Academy and Spartan Commander Layrette will be added, which will help us familiarize ourselves with maps, weapons and equipment.

343 Industries wants the Halo Infinite community to grow over time and for players to be part of the journey, with constant feedback. “What excites me the most about this journey we started together is that multiplayer is free, which gives us the opportunity to build the largest Halo community yet.” For Staten, this circumstance means that there are no barriers of any kind. From the campaign mode, for now we know that the story of the Master Chief and Cortana will continue.

This Monday we will see a new analysis of the advance of the multiplayer mode of Halo Infinite with Tom French, associate creative director, Alex Bean, designer of Multiplayer, and Quinn DelHoyo, lead designer of Sandbox.

Halo Infinite will launch in late 2021 for Xbox One, Xbox Series X | S and PC; available from day one on Xbox Game Pass and with its free multiplayer mode.