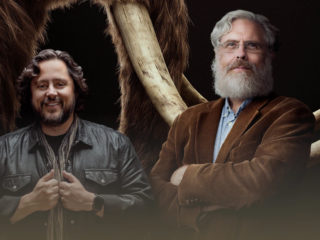 The North American startup Colossal plan revive woolly mammoths extinct thousands of years ago, based on the idea that the return of this species to its habitat could help repair the currently degraded ecosystem.

The woolly mammoth and the Asian elephant share 99.6% similar DNA composition, so the scientists decided to implant the genes of a mammoth into Asian elephant cells and use CRISPR-Cas9 gene editing technology.

Eriona Hysolli, director of biological sciences at Colossal, said in statements to the press that “there are already tools” to carry out this idea. According to company estimates, the first woolly mammoth hatchlings will appear in the next four to six years.

Among other things, should the mammoth’s ‘resurrection’ prove successful, the same method could be used to conserve species that are currently in danger of extinction.

A group of scientists from Harvard University, led by George Church, began work on the project that planned to clone mammoths in 2018. Now, Church and Ben Lamm, a serial entrepreneur, joined their efforts creating the ‘startup’ Colossal to accelerate academic research and better finance the project. The company has already obtained $ 15 million in investments.

“Being able to really understand genomics and synthetic biology and delve into the ability to preserve and recreate life, I think these are pretty fundamental steps into the future,” Lamm said.