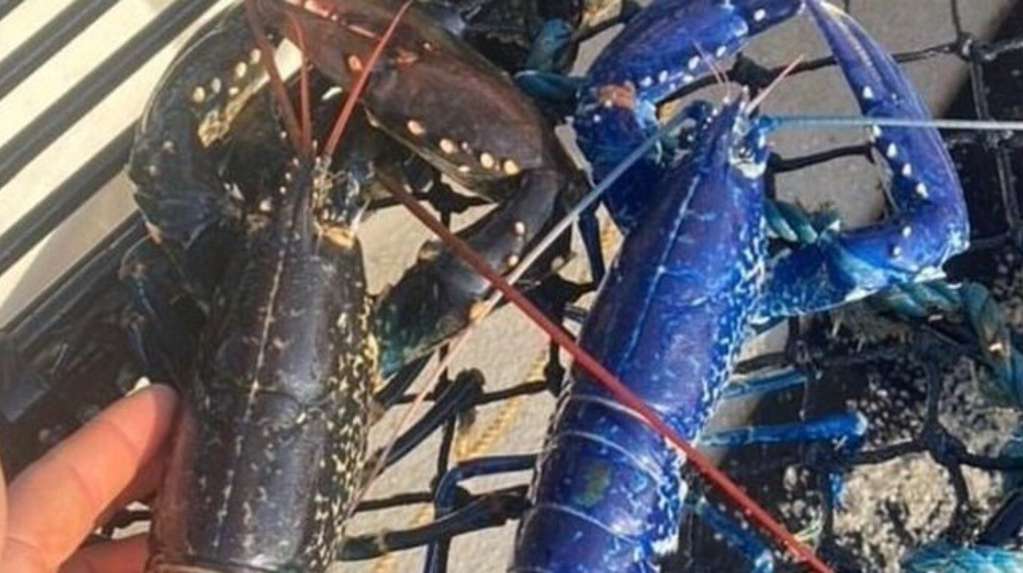 A fisherman discovered a blue lobster extremely rare in the Cornish coast in England, which he photographed before returning it to the sea. “One in two million “said the man in reference to the strange find.

Is about Tom Lambourn, 25, originally from Newlyn, who was fishing off the coastal town of Penzance when he captured the colorful crustacean of one meter long in your lobster pot.

The fisherman photographed the rare creature, and noticed that it was “too small” to take it, so he chose to return it to the waters to which it belonged. In addition, he assured that so far “I’ve never seen one of that color before.”

“This was only my second fishing season, so I think I was very lucky. I measured it and it wasn’t the right size so I never thought of keeping it”He told the British newspaper Daily Mail.

“If it had been bigger, I would have worn it. I sent the photos to the company where I work and they told me it was one in two million, so it’s very special, “he said.

From the National Lobster Hatchery de Padstow (Cornwall) expressed the strangeness of the fisherman’s find: “It is a rather rare color to find, one chance in two million, so we were surprised when Tom sent us the photo”.

For its part, Ben Marshall, supervisor of the national lobster hatchery, agreed on the rarity of finding this species, and expressed his opinion: “It is very, very rare and very interesting to see a blue lobster.”

Blue lobsters have a different pigmentation in their shells, which means that they find it much more difficult to camouflage themselves, so they are easy prey, “Which reduces their number.”

In 2005, the Professor Ronald Christensen, University of Connecticut, discovered that blue lobsters acquired their color as a result of a genetic defect. The flaw makes lobsters produce excessive levels of a protein which combines with a red carotenoid molecule known as astaxanthin.

This forms a blue complex known as crustacyanin and is what gives lobsters their unusual color. Dr. Christensen then stated: “I suspect more blue lobsters are being born than we thinkbut they don’t survive because they become the main target of predators ”.

In 2016, the fisherman Keith Setter captured a blue lobster in Ladram bay, off the Devon coast, before returning it to the sea. And in 2011 two fishermen from Dorset, also in England, managed to catch an albino lobster, or “crystal”, near Portland Bill before delivering the rare creatures to a specialized research facility.