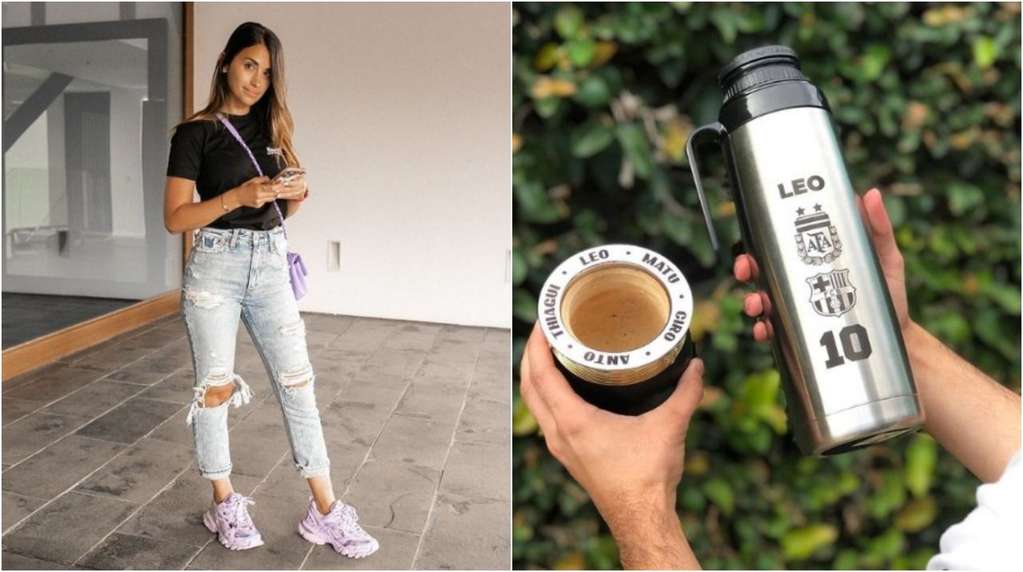 He received a private message from Antonela Roccuzzo on Instagram and could not believe it: what the Rosario asked him and how it changed his life

“One morning like any other I woke up and my life changed: my cousin sent me a message on WhatsApp and I thought he was screwing me. He told me that Antonela Roccuzzo had written to us privately on Instagram. I couldn’t believe it, it was crazy ”. Gastón Grassi lives in Salto (province of Buenos Aires), he is a soccer player, he has a business where he manufactures and sells mates and handmade thermos, and since that day he has lived a beautiful dream that links his idol Lionel Messi, his passion for football and his job. Yes, yes, it was Antonela!

The story began in June, in Barcelona, ​​when Anto was looking for an original gift for Leo for Father’s Day. Through Instagram he reached @MateSalto, the account of Gastón’s family business, which he shares with his cousin Renzo, his father Gustavo and his friend Federico Bertola, and he wrote to them to ask if they could make international shipments. Just as if it were any other client. That day her legs trembled. It was Antonela, the wife of 10, and she wanted to buy their products.

-How did he get in touch with you?

– On Instagram, I don’t know exactly how, but he wrote to us privately. We didn’t know each other before. He sent us a message to see if we could send him an order, and of course we said yes. It was Antonela. We could not believe it. When my cousin wrote to me, who read the message, I thought he was screwing me. But it was true.

-And what did you order from them?

– How was father’s day I wanted to give Leo a mate with a thermos and a light bulb. Later, we also sent him to Luis Suárez and to Luis’s wife because Antonela also wanted to give him a gift.

-And what about Antonela? She is reserved but seems very cool, how was everything?

– Antonela is a genius. It has an incredible good vibes, you are surprised by the humility. It already passes. I tell you the truth: we keep talking, we write to him and he answers us quickly, he likes us in the photos. All very well.

-Was Leo able to talk?

– No, we did not talk with Leo but he chose the design of the thermos and the mate. In the thermos it has the shields of Barcelona, ​​Newell’s, the AFA and PSG and in the mate it has the names of Antonela and the three children. She sent us the audios with what he wanted and we did so. Then we sent him another thermos to the AFA premises when he was playing with the National Team for the Copa América and the Qualifiers.

– Did this message from Antonela change your life for the better?

– It changed our lives. She was kind enough to enchant us in a photo on Instagram and we increased our followers a lot and we have a lot of work, luckily. We have been with this family business for two years and only four months ago we have a location here in Salto. We started small and having reached Leo and Antonela for us is an incredible dream. I don’t think we will get another job like that. For me it is the best. We are very grateful that this can allow us to take a leap and grow.

His passion for football

Gastón not only makes laser-etched mattes and thermoses with bronze appliqués. At 23 he is also a footballer in Salto Defenders, a local league team that has played the Federal B tournament and the current Regional tournament.

“Soccer is my passion. I play in the Primera de Defensores and I always tried to link football with my work, that’s why we had already reached several well-known players to whom we made thermos and dunks. It’s a way to bring everything together, and well, the gift for Messi was the best thing that happened to me, “he told Sports TN.