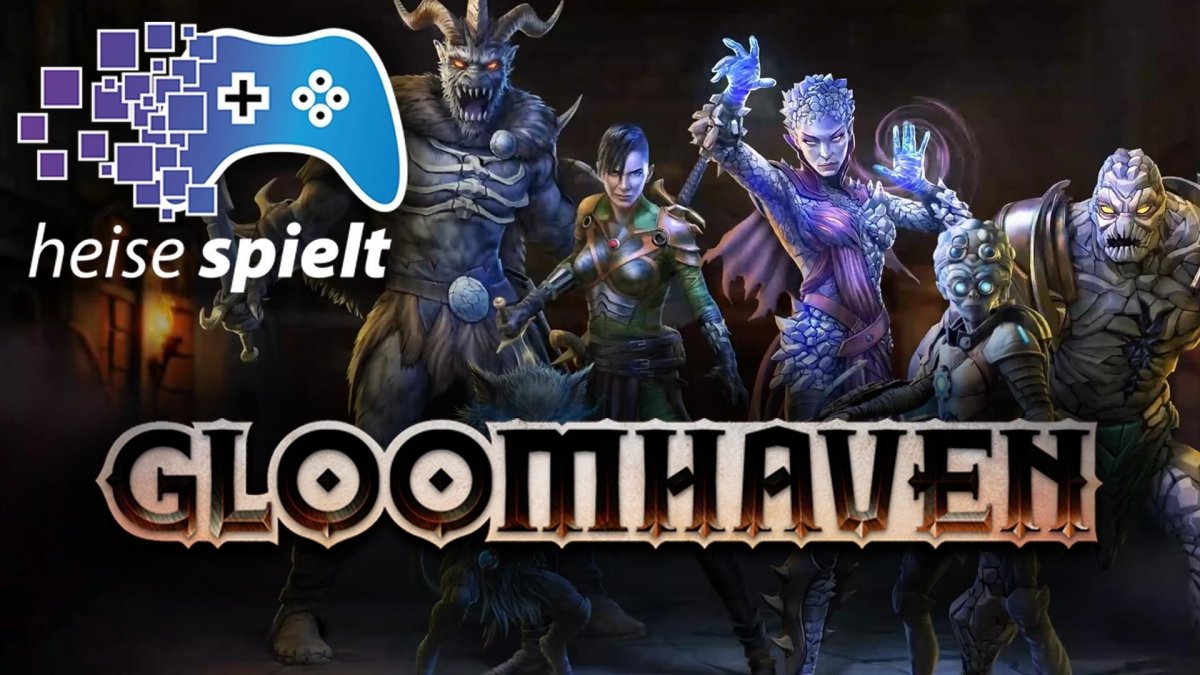 heise plays “Gloomhaven”: the 10-kilo board game on the PC

“Gloomhaven” is one of the most complex and most successful tabletop role-playing games in recent years. The physical box with all its pieces, hero forms, cards and manuals weighs 10 kilograms. The digital version for PCs, which has now been released in version 1.0, is pleasantly frugal and only takes up 3.9 GB of space on the hard drive. The implementation is available for Linux, Windows and Mac OS and is distributed via GOG and Steam.

Nothing is lost in complexity in the digital version. In order to get to know the game and its mechanics, the extensive tutorial is ideal, which has already conveyed a few hours of solo fun in a playful way. “Gloomhaven” is a cooperative tactical role-playing game that runs on a turn-based basis. Up to four players explore a Tolkien-esque fantasy world, use numerous special attacks and level up not only their characters, but also the world and eponymous city “Gloomhaven”. The characteristic feature is the maximum deceleration compared to genre greats such as “Xcom” or “Fire Emblem”.

In “Gloomhaven” the heroes have 2 special abilities per turn, each of which has an initiative value. The character with the lowest initiative is allowed to act before the others. After the action, the special ability is “burned” and is no longer available without a break. As a result, players can neither dawdle nor take on one opponent after the other. If you wait too long, you have to give up exhausted and without opportunities. Every action needs to be carefully considered. The classes you can choose from are magicians, melee fighters as well as various ranged fighters and support classes – but many will only be unlocked in the course of the very long campaign, which has been fully available with version 1.0 since October 21, 2021.

The brave heroines and heroes have already completed the tutorial for our livestream as part of “heisespiele”. Michael Wieczorek will dive into the world of “Gloomhaven” and its gloomy dungeons from 6 p.m. together with Alena, who is experienced in tabletop, as well as newcomers Laura and Sebastian. There he answers questions about the game and is looking forward to puzzling together in the tough fights.

“heise plays” is the live stream format for PC and video games on heise online. Michael Wieczorek (@avavii) is dedicated to either the latest releases, major updates for important games or retro classics that might be celebrating a birthday.

About this Invitation link it goes to the Discord server from heise online. Current events from the IT world will be discussed there and decisions will be made about the upcoming games and “heisespiele” streams.