#heiseshow: E-cars before the breakthrough – how long until the end of the combustion engine? 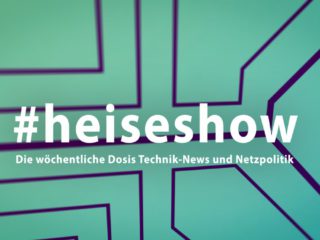 After more and more new electric cars were announced for a long time, but nothing changed on the streets, it now seems to be actually getting started. The number of newly registered electric cars is increasing massively and Volkswagen in particular is on the heels of the pioneer Tesla. The path from the combustion engine to the electric motor now seems to be mapped out, and you often get the feeling that it is only open how long it is, who can cope with it and who gets under the wheels. That’s why we’re discussing in the new episode of our #heiseshow whether this is actually the case and how it will continue in the near future.

What about the electric car market? Why are the sales figures increasing so significantly now, who benefits most from it? How did the introduction of the long-awaited VW models ID.3 and ID.4 go? What are the other manufacturers doing? What about concerns about insufficient range and too few charging points, is that out of date? What are the most urgent construction sites at the moment? And has the end of the combustion engine really been heralded, how long could a replacement take?

Kristina Beer (@bee_k_bee) and Martin Holland (@fingolas) with Martin Franz from heise Autos in a new episode of the #heiseshow. The show is produced by Michael Wieczorek (@avavii).

Alternatively, the stream is also on Twitch.tv/heiseonline Posted.

This podcast is sponsored by Dell Technologies Consultants – Expert advice and tailor-made solutions for SMEs.

The episodes are available for listening to or watching in SD (360p) or HD (720p). The links to the RSS feeds can also be found in the dossier box opposite.