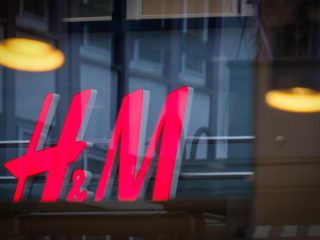 Copenhagen, Sep 15 (EFE) .- The sales of the Swedish fashion chain Hennes and Mauritz (H&M), recorded in local currencies, increased by 14% year-on-year in its third fiscal quarter (June-August), reported this Wednesday the company.

Total turnover in that period amounted to 55,585 million Swedish crowns (5,472 million euros), and the increase recorded in that currency was 9%.

The main competitor of the Spanish distribution firm Inditex said in a statement that its recovery continues thanks to the increase in full price sales and good cost control.

“Sales development continues to be affected by the pandemic, with considerable variations between markets. Restrictions and lockdowns hinder developments, especially in Asia,” the company writes.

Excluding Asia and Oceania, H&M noted, sales in local currencies have returned “to the pre-pandemic level.”

About 180 H&M stores were closed at the beginning of the third quarter, a figure that dropped to 100 at the end of that period, although many of the stores open maintained restrictions on hours and maximum capacity.

The Swedish chain presented in its previous balance a net profit of 1,697 million Swedish crowns (167 million euros) in the first half of its fiscal year (December-May).

In the same period of the previous year, H&M had lost 3,063 million crowns (302 million euros) due to the coronavirus pandemic.