Home
World
Honduras: a country that fits in a living room | International

Honduras: a country that fits in a living room | International 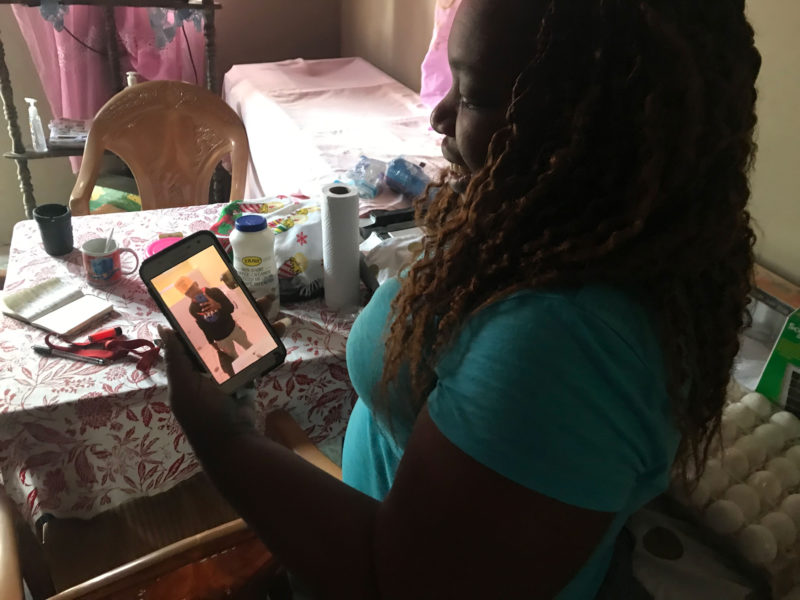 If one wanted to see summarized all the news about Honduras that have recently appeared in the newspapers and newscasts of the world, one would only have to sit for a few minutes in the living room of 38-year-old Vilma Barcelona. Poverty, natural disasters, migration, caravans, gangs, official incompetence and electoral struggle have passed through here at some point of the year. The three industrial kitchens scattered around his house, which do not leave much room to sit, are a good example of this. Two days before the elections to elect a new president of Honduras, there are rooms so surreal that they explain a country better than all electoral programs.

Exactly a year ago, the water came “up to here,” says Vilma with her arm outstretched in her cement and sheet house in Rivera Hernández, a violent neighborhood on the outskirts of San Pedro Sula. A year ago, the chair where the journalist now sits, the refrigerator, the beds, the television, and the wardrobe went from side to side floating in chocolate-colored water. In the first week of November in San Pedro Sula, the industrial heart of Honduras, if possible the term in the second poorest country in America, the sky was painted black and for ten days it did not stop raining.

The first day the sun rose, he took the old furniture out onto the street, threw away his clothes, bought a water tank and for five days he scrubbed until he was tired with the mask on. He was finishing his damage count when a new storm, Iota, settled in the Sula Valley and the sky turned black again for a week. Again for seven days and seven nights it did not stop raining and nothing could stand.

San Pedro Sula became a large quagmire where two million inhabitants lived with mountains of ruined furniture and dogs swollen like balloons after several days floating. Two hurricanes in a row, Eta and Iota, had thrown more rain than Mitch in 1998. Hundreds of thousands of families who made their living cutting plantains or palm trees, sewing designer clothes in maquilas (factories) or working in street vending were They returned homeless overnight and began to live off charity and wear free clothes.

Five months after that, Vilma received the first official help: a kitchen and a small gas tank for cooking on the street. “I started selling food to the neighbors. Rice, beans, fried plantain, shot, whatever. At first it went well and many people came to have breakfast. People did not have work, but they ate ”, he jokes. Weeks later, Vilma Barcelona and her mother even rented a small place from which they fed the neighborhood for a few lempiras.

“A lot of neighbors came, but as the weeks passed, they stopped coming. Little by little they began to emigrate to the States [Unidos]. You just stopped seeing some of them and you already knew they were gone. Some with a pollero, others in a caravan, with families… ”, he details with that Honduran gesture that goes from laughter to tears in the same sentence. The hurricanes and the pandemic had hit a country to the limit where almost half of the population (4.8 million people) lives on $ 160 a month according to the World Bank. In Honduras, the second-to-last country on the continent’s Human Development Index after Haiti, returning to “normal life” meant getting a bed, a gas tank, a jug, or stopping living under the bridge.

“Cristofer, Sharon, Keret, Dairon, Aeline, Victoria, Rudi left here …”, he lists pointing to the houses in front of him. “Oh, and also Sonia, Rosalía, Loren.” From colonies like yours, the 200 Hondurans leave the country for the United States every day. So several weeks later he decided to close the business because he could not pay the rent for the premises. Luckily, in July, three months after receiving a gas stove, Vilma received her second official aid as a victim from the town hall: a kitchen exactly the same as the previous one. The problem was that by then there was no food or people in the neighborhood.

While all this was going on, the receipts never stopped arriving on time each month to his house. The first, of $ 50, is that of the electric company for the consumption of four light bulbs, a refrigerator and a television and the second, of ten dollars, is that of the gang members of The 18 who control their colony as “protection.” Whose? “Of us”.

A month later, his son did what everyone else did and decided to go to the United States, not by caravan but with a relative who charged almost $ 4,000 to take him to North Carolina, where an uncle got him a job as a bricklayer. She hit the streets again, selling hygiene products or vitamin complexes around the house. Meanwhile, the Honduran political class was still engrossed in rallies, candidates, and electoral promises. In the final stretch of the campaign, Vilma was lucky and received her third official help: a gas stove to cook on the street. In less than a year, Vilma had to leave her house because it was full of water and now there is no place to sit because there are three industrial kitchens in her living room.