Home
News
Horacio Rodríguez Larreta: “The agreement with the IMF has to be part of an economic plan”

Horacio Rodríguez Larreta: “The agreement with the IMF has to be part of an economic plan” 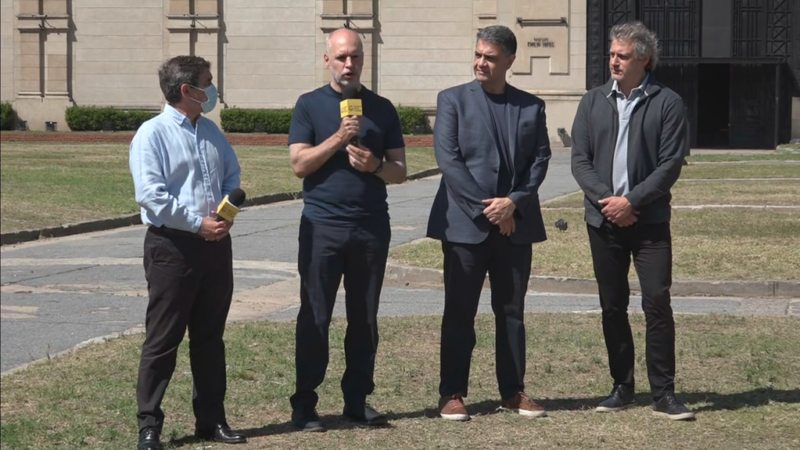 The head of the Buenos Aires government Horacio Rodríguez Larreta He again asked the Casa Rosada to present an economic plan and then move forward with the debate on the eventual agreement with the International Monetary Fund.

“The agreement with the IMF has to be part of an economic plan”, One of the referents of Together for Change demanded again in the presentation of Jorge Macri as a new Buenos Aires government minister.

Read also Larreta, hard against the Government: “It is generating a very dangerous debt in pesos”

Larreta remarked that the scope of dialogue and agreement for these types of laws must be given in Congress: We will always be a constructive opposition and we will have the best predisposition, “he said.

Read also Larreta: “I do not see any attitude of dialogue and consensus in this Government”

“We have to export more, that’s an economic plan that we hope that the Government will present in Congress ”, he stressed.

News that is in progress.