“Horrible and Shocking”: Hundreds of Anonymous Graves Discovered in Another Indigenous Prison Boarding in Canada 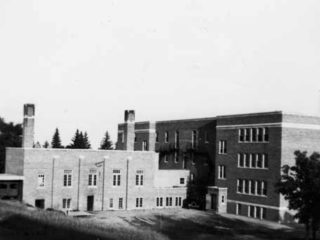 The Federation of Sovereign Indigenous Nations of Canada has announced the discovery of hundreds of anonymous graves in a former boarding school in the province of Saskatchewan in what could be the largest discovery of its kind yet. they report local media.

In a statement, the agency indicated that the tombs are located on the site of the former Marieval Indigenous Residential School, which was located in the southeast of the province and operated from 1899 to 1997.

It was announced today by the Cowessess First Nation in Saskatchewan that they have found “hundreds” of newly discovered gravesites of children at the the site of the former Marieval Indian Residential School. It is believed that this will be the largest amount of graves(cont) pic.twitter.com/GWaMCgc5nv

The news comes weeks after a similar discovery of the remains of up to 215 children outside a former residential school in Kamloops, a revelation that shed light on the brutal abuse indigenous students suffered in the network of schools that operated in Canada for decades.

The Saskatchewan First Nations organization has called the latest discovery “horrifying and shocking.” Most of the hundreds of graves are believed to be of children. Furthermore, the total of the newly discovered tombs at Marieval is estimated to be three times greater than the two hundred at Kamloops.

At the end of the 19th century, a network of indigenous internment boarding schools was established in Canada, mostly operated by the Catholic Church.

In total, some 150,000 minors belonging to ethnic minorities were enrolled in such establishments nationwide. It is considered that at least 3,200 children died in those institutions because of violence or neglect, although the exact number of victims is still unknown.

Marieval Indian Residential School was founded and operated by the Roman Catholic Church from 1899 until the federal government took over in 1969. Cowessess First Nation took control of the boarding school in 1987 until it was closed 10 years later.