How cow stomachs could “eat” plastic 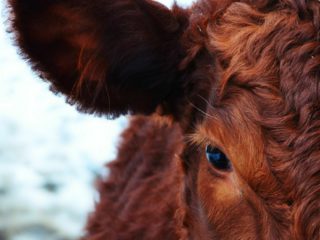 The recycling of plastic waste is still a major problem. For example, the end product can often not be used again for sensitive areas of application such as food packaging. If you don’t want to burn the garbage, all that remains is the landfill – and from there the petrochemically produced material often finds its way into the environment in the form of microplastics.

Accordingly, researchers have been looking for a way to use microorganisms to break down plastic with as little residue as possible for a long time. In the stomachs of cows – more precisely: in the largest of the three fore-stomachs, the rumen – living beings have now been discovered that are said to be able to digest certain plastics. This is reported by a team from the University of Natural Resources and Life Sciences, Vienna (BOKU).

Research had already known that cutin, a polyester-like substance found in plant cells, can be broken down by naturally occurring microorganisms. Since cows are high-performance digestion of plant-based food, the BOKU team around chemist Doris Ribitsch thought that this would also have to happen in the rumen. In fact, the microbes in the gastric fluid of the rumen have also been identified. They form enzymes that can break down the cutin.

Subsequently, various types of plastic, from more problematic ones such as PET to plastic variants (PEF, PBAT) that are considered biodegradable or at least easily recyclable, were brought into contact with the rumen fluid – the same is widely available inexpensively because it has so far been considered slaughterhouse waste. It turned out that all three tested polymers could be broken down into their individual components.

Compared to the existing literature for pure enzymes or supernatants from individual microorganisms, the activity, ie polyester hydrolysis, in the rumen fluid was “relatively high”. Apparently more than just one enzyme is at work here. The process is synergetic. The next step is to investigate which microorganisms and their enzymes are the most active in polyester degradation. In principle, however, adventurous garbage disposers could already resort to inexpensive rumen fluid to dare to experiment.