How many books does the Bridgerton series have? 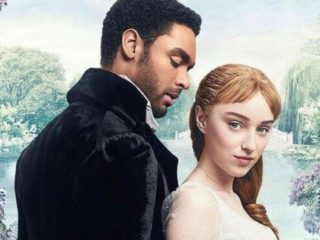 If we talk about successes, and more in recent months, Bridgerton it has done all the merits to be among the first considerations on the list. At the end of December 2020, the first season of the adaptation to the streaming service arrived Netflix and it became the best premiere in the history of the platform. What else could we see on the show? See how many books make up the saga on which they are based!

The novels brought to the television show by Shondaland were written by Julia Quinn, who graduated in History of Art at Harvard and started a medical career at Yale, but said goodbye to his studies when he noticed the recognition of his works. Bridgerton takes us to the early nineteenth century with different characters that make each of the books captivating.

In the words of producer Chris Van Dusen, the idea of ​​the production is to cover the entire saga, with each of the siblings of the family. We know that the second season will be focused on Anthony, played by Jonathan Bailey, and it’s the reason why Regé-Jean Page left his role as the Duke of Hastings. Do not miss the review of the novels with their synopses!

+ How many books does the Bridgerton series have?

Plot: Daphne, a beautiful young woman burdened by her mother, and Simon, the sullen new Duke of Hastings, had the same problem: the continual pressure to find a mate. When they met, they came up with the perfect plan: fake a commitment that would free them from further stress.

2 | The viscount who loved me

Plot: Lady Whistledown gossip never fails: once again, Anthony Bridgerton is the season’s most coveted bachelor in Victorian high society. But this year, the handsome viscount, fun-loving and enemy of commitment, surprises everyone and decides to find a wife and settle down.

Plot: Like in the Cinderella story, Sophie sees her dream come true one night. Behind her stepmother’s back, she dresses like a queen and attends the most important costume ball in London. What’s more, he manages to capture the attention of Benedict Bridgerton, the most attractive and charming bachelor in the gathering. However, she soon faces her harsh reality again, that of an illegitimate, poor and resourceless daughter. Fate wants to give him a second chance when he enters to serve at Benedict’s house, although he does not recognize in her the beautiful young woman he has been looking for for years. She is now a simple maid, unable to reveal the truth to him. The magic of that night seems lost forever, or maybe not?

Plot: At twenty-eight, Penelope has already resigned herself to becoming a spinster destined to grow old while taking care of her mother. Also for Colin Bridgerton, brother of Penelope’s best friend, handsome, bold, golden bachelor … and his longtime platonic love.

Plot: Is it possible to fall in love with someone you have never seen before? Eloise, the youngest of the Bridgerton family, is about to find out. … Eloise’s best friend, Penelope, has just married, against all odds, Colin, the third of the Bridgertons.

6 | The heart of a Bridgerton

Plot: Fate intervenes and John dies suddenly. His disappearance provides Michael with wealth and position … but the one thing he ever envied of him remains out of reach, behind the insurmountable barrier of remorse.

Plot: Hyacint, the last unmarried daughter of the Bridgerton family, has lost her enthusiasm for the London dance seasons. Although she is young and beautiful and belongs to a much admired family, her agile intelligence, cheeky tongue, and strong character seem to drive away all suitors.

Plot: He is the only one of the brothers who has not gone through the altar and, due to his romantic nature, he would never accept a marriage of convenience. But Gregory falls in love with the wrong woman, while the cautious and delicate Lucy Abernathy is unaware of his attentions.

9 | Bridgerton: happily ever after

Plot: Once upon a time, there was a historical romance author who created a family… But not just any family. Eight brothers and sisters, their consorts, sons and daughters, nephews and nieces, and also a lovable and irrepressible matriarch… They are the Bridgertons, not just a family, but a true force of nature.

10 | Because of Miss Bridgerton (Rokesby Trilogy 1)

Plot: Everyone expects Billie Bridgerton to marry one of the Rokesby brothers. The two families have been neighbors for centuries, and as a child, Billie grew up wild alongside Edward and Andrew. Any of them could be a perfect husband for her … one day.