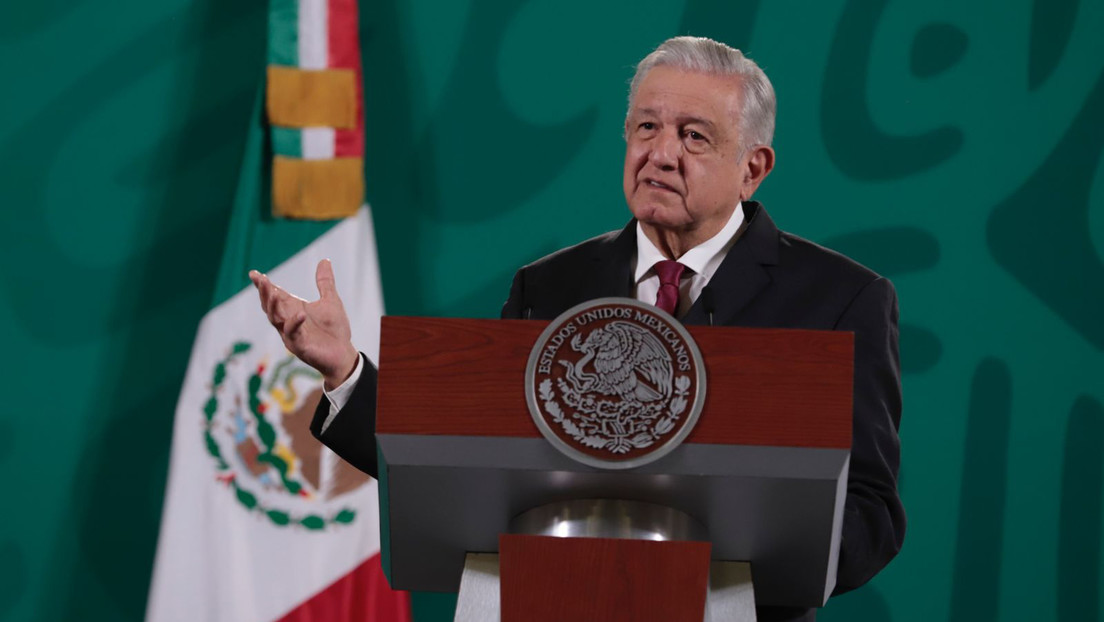 “How much do they pay Vargas Llosa?”: López Obrador’s criticism of the president of the Guadalajara International Book Fair

The Mexican president, Andrés Manuel López Obrador, renewed his criticism on Wednesday of the president of the Guadalajara International Book Fair (FIL), Ricardo Padilla, whom he accused of taking advantage of public resources to impose certain lines of thought.

“He’s the boss in Guadalajara”, warned López Obrador in a press conference in which he recalled that Padilla has directed the FIL for more than three decades, in addition to being rector of the University of Guadalajara and building a privileged intellectual position from which he directs the cultural designs of the town.

“It has been putting and removing rectors for more than 30 years, and with a very important fair, because Unlimited public money was used to bring in the world’s most renowned intellectuals, with all expenses paid. Vargas Llosa does not miss a book fair, it would be necessary to see how much they pay him “, questioned the president.

It is necessary to transform the country and not give a truce to the fight against corruption. Morning conference https://t.co/Jir6Sr2tnq

He also recalled that last year FIL received the Princess of Asturias Award in Spain and that Padilla took the opportunity to revile the Mexican Government.

“In his speech, with such moral authority, he questions us, ‘populism’, in the same style and with the same line of Vargas Llosa and (the Mexican writer Enrique) Krauze,” he said.

At that time, Padilla questioned the budget cuts to the cultural sector applied by López Obrador. “Political modernity appeared with freedom of the press, with the right to write and publish without restrictions. Let us defend this fundamental value, all the more so against the populist governments that today threaten our liberal management and put democracy at risk,” he warned.

His opposition was not surprising, since during the 2018 presidential campaigns, the FIL president became a cultural advisor to Ricardo Anaya, the conservative candidate who lost by an overwhelming difference against López Obrador and who is today being investigated for corruption.

On the other hand, the president referred to the controversy that Krauze unleashed, one of the most recognized right-wing intellectuals in the country and a staunch opponent of López Obrador, by publishing a table that places Mexico in the first place of ‘excess mortality ‘in the wake of the coronavirus pandemic, although it actually occupies the 15th per million inhabitants.

Ana Elizabeth Vilchis: The writer Enrique Krauze published a tweet in which he writes: Undeniable reality about mortality in Mexico, this and no other will be History. He put up a comparison chart on the excess mortality in the world. pic.twitter.com/E6jH2ZrToj

“You they think I’m surprised that Krauze manipulates a graphHas he dared to tell colossal historical lies? “, he said, recalling that the historian went so far as to say that the dictator Porfirio Díaz, who ruled from 1884 to 1911, had not assassinated as many people as other presidents.

“He forgot the extermination of the Yaquis, there were about 15,000 murdered. He forgot the murdered Mayans. In one of his texts he says that the first place in terms of repression, Gustavo Díaz Ordaz (president from 1964 to 1970). It’s a lie, “he said.

López Obrador clarified that he disapproves of Díaz Ordaz’s authoritarianism, particularly due to the student repression of 1968, but insisted that “what happened with Porfirio Díaz is something never seen before.” “It was like the second conquest. They wanted to destroy the indigenous peoples to take away their lands, water, forests, but this is sustained by Krauze and it is not because he is an engineer who has become a historian. has no scruples“he explained.