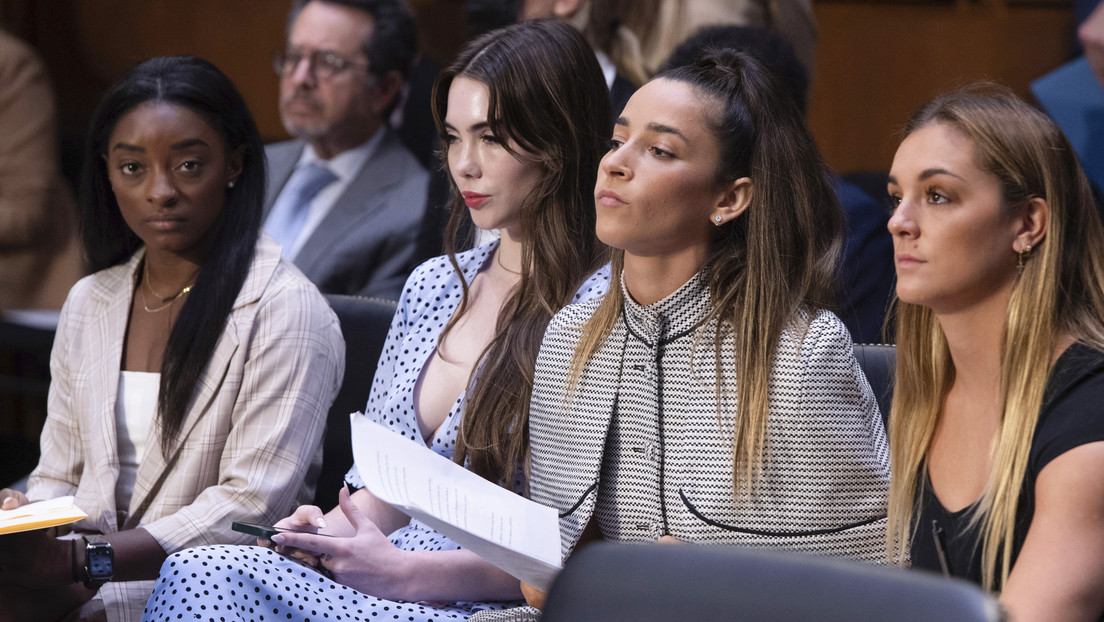 “How Much Is a Girl Worth?”: Abused Gymnasts Call for Justice for FBI Mistakes in Larry Nassar Case

Four American gymnasts gave their heartfelt testimony on Wednesday before a audience Committee called to investigate the negligence of the Federal Bureau of Investigation (FBI) in handling the abuse case against Larry Nassar, former doctor of the US gymnastics team.

Nassar was sentenced to between 40 and 125 years in prison in 2018 for sexually abusing over 20 years of more than 150 gymnasts, the majority minors. However, a recent report published last July shed light on the numerous mistakes and cover-ups by FBI agents, which allowed the abuses to continue months after the victims had reported the crimes.

The report reveals that despite the seriousness of the allegations against Nassar, the FBI investigation was slowed down, while two officers handling the case lied during questioning when evidence of inconsistencies in their investigation was presented.

“I blame the whole system”

Now, four of the hundreds of women who suffered the abuse are calling for justice to ensure that those responsible are held accountable.

One of the victims of Nassar, the former captain of the US Olympic team in the Olympics. 2012 and 2016, Aly Raisman stated that cannot “believe in a safe future for children”, if they do not give you an answer about the insufficiencies of the investigation.

For her part, the famous American gymnast Simone Biles denounced before the audience that the victims of Nassar’s abuses “suffer and will continue to suffer”, given that “no one has done what is necessary to protect them.”

“I don’t want another young gymnast, Olympian, or any individual, go through the horror that I and hundreds of others suffered before, now and to this day as a result of the abuse of Larry Nassar. To be clear, I blame Larry Nassar and also I blame the whole system that allowed and perpetuated their abuse, “Biles said through tears.

American gymnast Simone Biles tries to hold back tears as she testifies to Congress about the abuse she suffered by Larry Nassar pic.twitter.com/GnF8aHPSaq

According to Biles, even though Nassar “is where he belongs,” the agents who slowed down the case must answer for the serious mistakes made during the investigation. “How much is a girl worth?”Biles wondered. “They have failed us and we deserve answers,” he added.

In parallel, gymnast Maggie Nichols revealed during her speech that she was asked to will not talk to anyone about the abuses so that it would not affect the case, although he later found that no investigation was actually taking place.

For her part, McKayla Maroney, who won a gold medal at the 2012 Olympics, said outright that her complaint was ignored by agents. “After a minute of silence, [el agente] I wonder: ‘That is all?’“revealed Maroney. The woman stressed that the abuse was” minimized and overlooked by the people who should have protected her, “as if the crimes committed had not been serious enough.

“What’s the point of reporting abuse if our own FBI agents are going to take care of bury the report in your desk drawer?”, he asked himself.