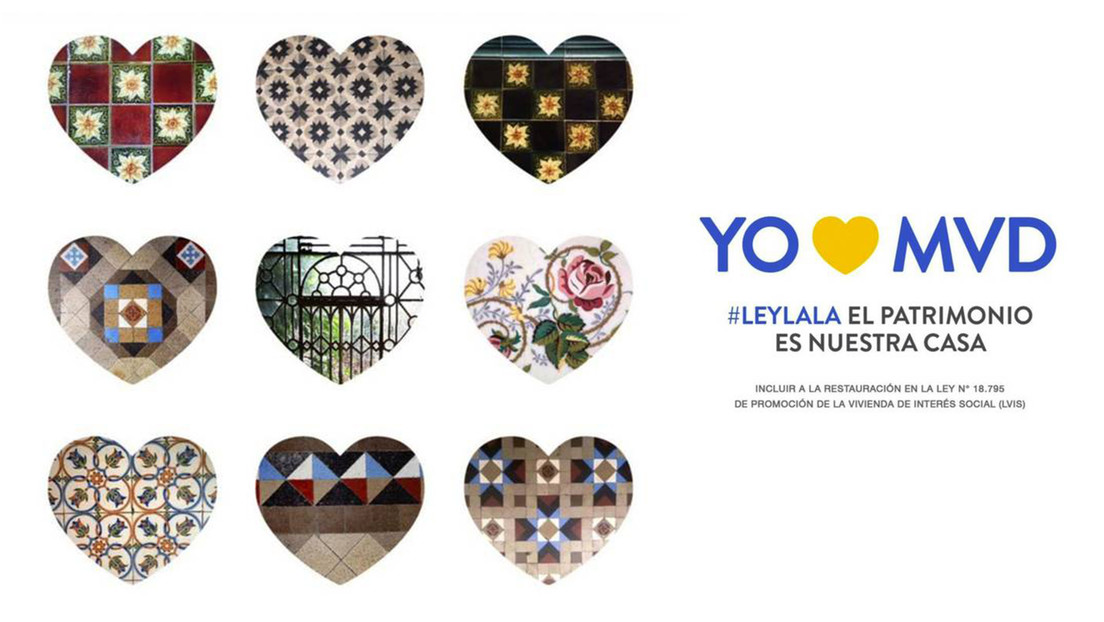 The Uruguayan visual artist Martín Sastre wants a regulation – which he baptized as ‘Ley Lala’, in honor of his grandmother – to serve as a heritage promotion to preserve homes, buildings and green spaces in his own country.

Through the platform ‘lala.art‘, the also filmmaker, recognized by films such as’ Nasha Natasha’, wishes to include “restoration in Law 18,795 for the promotion of affordable housing,” according to explained himself to La Diaria.

The project started after finding some broken mosaics at his grandmother’s house, Lala, in Montevideo. Some time later, he realized the value of these pieces when he visited the Palacio Linares in Madrid and he came across the same ones he remembered have found in the family residence in Uruguay.

After investigating the matter, he discovered that the pieces that were both in his grandmother’s house and in the Palacio de Linares in Madrid were the work of Miguel Nolla, who manufactured them in Valencia (Spain) in the 19th century.

“They were declared European cultural assets, and in some cities, such as Barcelona, ​​if you buy a house with those mosaics, you get twice as much,” he adds.

The mosaics – according to him – were even exported to the palaces of the Russian aristocracy and reached the Río de la Plata, accompanied by the factory’s own technicians to properly place them in the houses.

After the discovery, Sastre began to investigate and find a way to declare houses with patrimonial elements or from certain periods of social interest. “The idea is that the law protects them and that people can maintain them with the same benefits as those who tear them down to build apartments,” he explained to the newspaper.

“Heritage is not only luxurious buildings. Heritage is in the neighborhoods. It is important that we can walk through our streets and recognize ourselves,” added the artist, who regrets that “due to an exacerbated use or without heritage awareness, they are pulling down hundreds of houses in Montevideo“.

Sastre criticizes the fact that “cultural wealth” is “thrown away”, while “economic wealth is concentrated in the construction promoters, who are only speculating, because they are selling something expensive and of lower quality” .