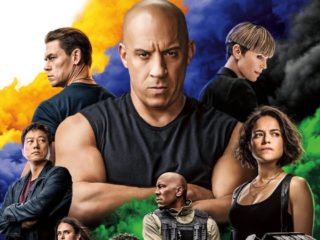 We are 1 month away from the arrival of the new Fast & Furious 9 movie, the ninth installment of a series that began in 2001 precisely, a whopping 20 years ago … A series that changed its DNA in the middle of the franchise. rebooted and presented us with the most gruesome scenes in Hollywood chase history. But also a concept, that of a non-blood family that is not less united for that reason.

The family of Dom Toretto and co returns. And if you are a fan, F & F9 and Universal have launched a series of customizations based on the film and the saga for several of the social networks. To celebrate the franchise’s 20th anniversary and the upcoming theatrical release of F9 on June 25, Messenger and Facebook have teamed up with Universal Pictures to launch a digital experience for fans of the Fast saga.

Starting today, fans can access Movie Mate, a first-of-its-kind “second screen” chat experience exclusively for Messenger, along with a custom 360-degree background and chat theme (also available on Instagram ). Movie-Mate is available for each of the films in the Fast saga, comes with a database to answer your questions about the series, or bring never-before-seen photos and footage in real time as you watch your favorite Fast installment.

How to dress Messenger and Instagram from Fast & Furious

With your configuration of “choose your adventure “, Movie Mate is perfect for both new fans and superfans: when you start chatting, se will ask you for your level of hobby so that your experience adapts to your level of knowledge. To access Movie Mate, go to the Fast & Furious Facebook page and click on the Messenger icon to begin the chat experience.

Be sure to also check out Messenger’s new F9 art suite, which you can use to connect with your contacts and chat about your favorite Fast & Furious moments. You will feel like you are in the middle of a street race with the 360 ​​degree custom background and exciting chat theme, which is also available on Instagram.

– To access at the bottom of 360 degrees from Fast and Furious, you just have to start a video call or create a Room from Messenger or Facebook. Play the effects icon in self view and select “backgrounds”.

– For chat topics, open a messenger thread and tap on the top bar to open the settings, then select “theme”, where you will find the Fast and Furious chat theme.

– To use this chat theme on Instagram, open a chat conversation and tap the information button in the upper right corner of the screen. In the chat settings, click the button “Theme” and you will be able to select the Fast and Furious chat theme.