How TSMC wants to solve the chip crisis with global locations 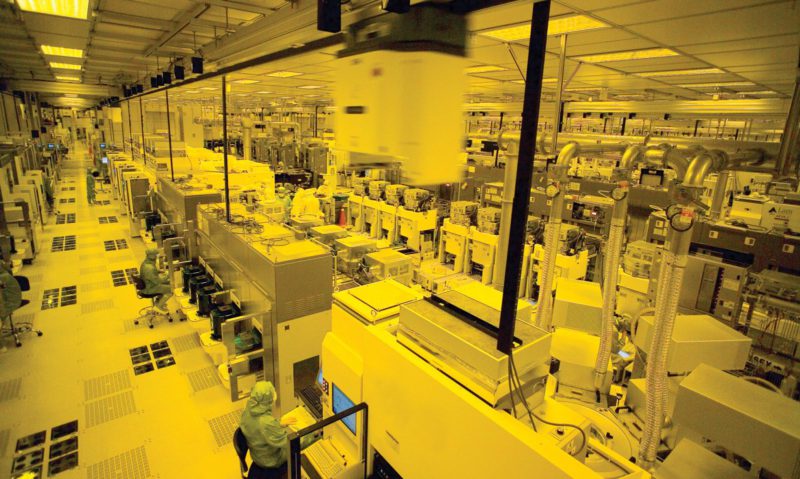 Germany as a supplicant for high-tech, at the height of the chip crisis? The time had come at the beginning of the year. Economics Minister Peter Altmaier asked the Taiwanese government to put in a good word for the German automakers at the world’s largest chip manufacturer, the Taiwan Semiconductor Manufacturing Corporation (TSMC), so that they would receive preferential delivery.

Bring back to the country

Whether the request really resulted in more deliveries at the time can hardly be judged from the outside. But the establishment of contact with the major European and German funding plans to strengthen the domestic chip industry may have accelerated a strategic rethink at TSMC: the globalization of TSMC’s chip production. It is a not entirely voluntary, but necessary and overdue step from which Germany could also benefit.

On Monday, TSMC’s chairman of the board of directors, Mark Liu, admitted to shareholders that his group was considering building a chip factory in Germany. “We are in the preliminary phase of examining whether we should go to Germany,” said Liu. “It is still very early, but we are evaluating it seriously.” The group is already negotiating with several customers whether this step makes sense for them.

Liu said it was too early to make a decision. But with his statement at the latest, it is clear that the currently most successful and most progressive chip manufacturer in the world is facing a historic turning point. In order to produce more cheaply, the semiconductor manufacturer has previously concentrated its plants on the small island off the coast of China, which has now also become a megacluster for chip design and packaging. But suddenly TSMC wants to invest billions in foreign plants.

Apple is buying in Arizona

A factory for chips with five nanometer transistors is to be built in the US state of Arizona for 12 billion dollars, and in Japan a wafer factory for local customers, above all Sony, the world market leader for image sensors. Europe is then the third major customer for the Taiwanese and chips for the auto industry are a likely product.

TSMC is reacting to the global tug-of-war between the major economic powers over the supply chain for chips, which entered the hot phase with the technology war between the USA and China. China has been trying for a long time to build up a domestic industry in order to reduce its dependence on foreign countries in this key technology. Because chips have long since become a strategic component for almost all industries, from car manufacturing to smartphones to data centers.

The US countered promptly under US President Donald Trump and accelerated the revival of long-frowned upon industrial policy. This in turn called the European Union, Japan and South Korea onto the scene, all of which now want to establish the chip supply chain more strongly in their markets with massive subsidies, among other things.

The US government urged TSMC (and other high-tech manufacturers) to cut deliveries to China in order to slow down technology companies such as Huawei and China’s chip program, and to build plants in the USA to make the American chip industry great again. Trump’s successor Joe Biden is not only continuing this new industrial policy, but is funding it with even more money.

One can argue about the motivations of the USA. But a larger distribution of TSMC’s production facilities would be advisable even without political pressure. Highly concentrated clusters with extreme mass production are certainly highly efficient, especially in capital-intensive branches of industry such as the chip industry, and ensure low prices. But this also makes the global supply chain more and more fragile.

This risk challenges the previous foundations of the global division of labor. This was not only made clear by the pandemic. The ice storms in Texas and the fire in a Japanese chip factory have also shown many governments and corporate executives that theoretical efficiency in production is of little value if the supply chains break and the factories have to stand still due to a lack of chips.

In Japan, companies have known this for a long time thanks to a series of mega-quakes. Especially the masters of just-in-time production at Toyota are therefore stocking up on key components larger than they used to be and trying to develop more sources of supply in order to be able to cope better with crises. During the chip crisis, Toyota hardly had to throttle production due to a lack of semiconductors. But with TSMC in particular, the risk of concentration is particularly high. Because Taiwan is geologically, geographically and geopolitically a risky location: The island off China’s coast is an earthquake region. And because the typhoons passed the island last year, there was a drought in the spring that endangered the water supply for the thirsty chip industry.

To make matters worse, Taiwan is also a frontline state in the conflict between China and the US. And the rulers in Beijing are threatening more and more aggressively to unite the Republic of China in Taiwan with the People’s Republic if necessary by force. And that’s not the only geopolitical conflict that could endanger supply chains. The wish of TSMC customers to produce important chips for their industries within their own borders is understandable and correct. But strengthening the supply chain will cost more, at least in the short term. TSMC is already negotiating hard about subsidies for factories so that the new factories can at least cover costs for the Taiwanese.

Now governments, corporations and consumers have to decide whether they want a less efficient, but perhaps somewhat more resilient supply chain at the expense of profits and low prices. There is probably no way around it. Because with climate change and increasing geopolitical tensions, we are only at the beginning of troubled times. One thing is certain, however: there will be no self-sufficiency, especially in the complex chip industry. A global division of labor will continue, albeit at a higher cost.