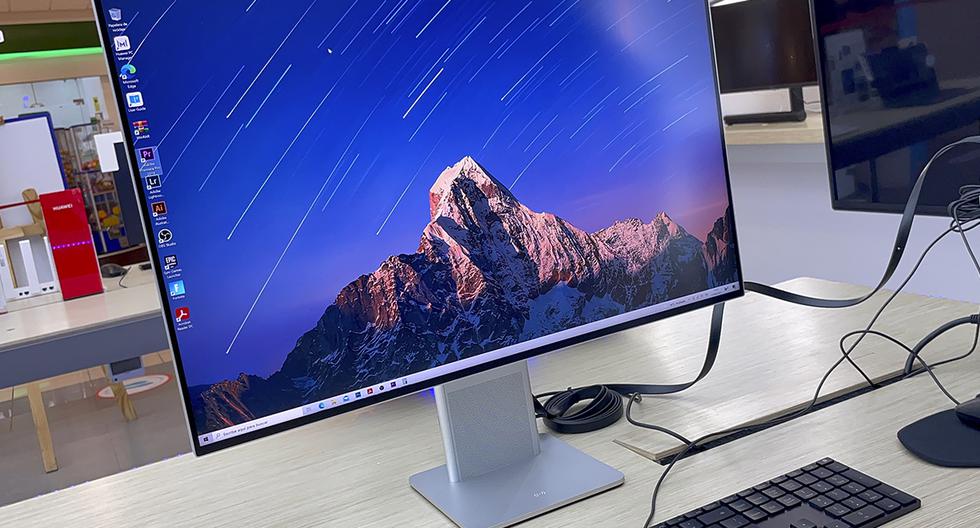 During the last months of 2021 many people are looking for a better experience on their laptops or desktop computers. Some have even decided to build their own PC in order to have a much more personalized experience. It is because of that Huawei has decided to launch the new screens in our country MateView and MateView GT. What is the difference between them?

The Huawei MateView It is a 28.2-inch monitor with a 4K resolution of 3840×2560 pixels, 1.5 million pixels more than the standard 4K resolution 3840×2160. This device is capable of reproducing 98% of the DCI-P3 cinema level color gamut, widely recognized as the standard in the motion picture industry.

The company also notes that it has a 10-bit color depth that can produce about 1.07 billion colors and is VESA DisplayHDR 400 certified. In other words, the HUAWEI MateView is capable of delivering professional image quality for all scenarios. .

But not only that, the Huawei MateView introduces a hidden touch button in the OSD, the Huawei Smart Bar. Unlike traditional buttons and joysticks, the Huawei Smart Bar offers users a simple and comfortable interaction. With a few taps, they can quickly call up the menu, complete monitor setup, and change input sources.

While the Huawei MateView GT It is designed for those users who like video games. You can even synchronize 3 screens at the same time so that you can have a field of vision when carrying out your work, such as design, music editing or Fortnite games.

The 34-inch curved monitor features a 21: 9 (ultrawide) aspect ratio, a resolution of 3440 x 1440 3K pixels, and a much wider field of view. In addition, this display has cinematic color quality, it is capable of reproducing 90% of the DCI-P3 cinematic color gamut which is a wide color gamut standard recognized by the film industry.

On the other hand, the Huawei MateView GT supports up to 165 frames per second (165Hz), more than double what new generation consoles can project.

At the base of this monitor is a soundbar consisting of two full-range speakers that are pointed directly at the user. In addition, the soundbar allows touch control of the volume so that you only have to slide your finger to one side or the other to adjust the volume intensity.

The Huawei MateView GT has a USB-C port for video, two HDMI HDMI 2.0 ports for consoles and a DP 1.4 port. It also has a 3.5mm headphone jack, in case you want more privacy.