Here’s everything to know about the Hufflepuff House and its traits.

Who are the Hufflepuffs?

Hufflepuff is one of the houses of the Harry Potter world. They are dependable and relentlessly good. However, they rarely get an opportunity to take the center stage like other houses, especially, Slytherin and Gryffindor. They are among the first ones who stood up and supported Harry while he was on his hunt for the final Horcruxes during the battle of Hogwarts and prove their loyalty and dedication.

Their best analogy includes a player on a sports team who passes the ball so that another can score a goal. Hufflepuff is the favorite house of the author herself.

Who is the Founder of Hufflepuff?

The house was first headed by the founder, Helga Hufflepuff. However, later during the events of the Harry Potter series, it was taken over by Professor Pomona Sprout.

Who are the Main Characters of Hufflepuff?

You cannot deny that house Hufflepuff has produced some exceptional wizards and witches. Some include Helga Hufflepuff, Newt Scamander, Pomona Sprout, Cedric Diggory, and Nymphadora Tonks.

What is the Emblem of House Hufflepuff?

The emblem or symbol of House Hufflepuff is the badger, and its official colors are black and yellow.

Who is the Ghost of Hufflepuff House?

Each house in Hogwarts has its own house ghost that acts as its mascot. The ghost of Hufflepuff House is the Fat Friar.

Where is the Hufflepuff Common Room?

The Hufflepuff Common Room is situated near the Hogwarts kitchens. While the books and movies do not spend any time or feature multiple glimpses of the common room, the author has revealed the room is decorated with many wooden shelves and various plants.

What are the Good Traits of Hufflepuffs?

Every house has good or bad traits. If you have been sorted into this house during the quiz, call yourself a loyal, hardworking, and trustworthy person. Because this is what the Hufflepuffs are. They have a moral compass and they like to live within the same. Owing to their moral ethics, this house has produced the least number of dark wizards and witches.

Listed below are the most admirable traits of the Hufflepuff.

Rooted in Ethics and Morals

As stated, Hufflepuff is one Hogwarts house rooted in ethics and morals. Thus, it has actually produced the least number of dark wizards in the history of the series. The remaining houses of the Harry Potter world have their roles in spreading some sort of darkness. But most of them are not Hufflepuffs.

Their morals and ethics make them uninterested participants in producing dark wizards. They also try to incorporate good values in any student. This house aims to give a proper sense of belonging. Either way, only a few wizards from this group enter the dark side.

Another good quality of Hufflepuffs is that they are ardent animal and nature lovers. They care for animal life a lot. It is because Hufflepuffs have a caring and empathetic personality.

A new Hogwarts Legacy game is also setting up Poppy Sweeting, a Hufflepuff, to be an animal lover who helps with the potential mythical beasts appearing in the game. Other characters like Newt have obvious connections to the exemplary mythical beasts of the Wizard World.

They are all All-Rounders

Every Hufflepuff has a personality of an all-rounder. They have many incredible abilities. They seem to have a better grasp of nature. A Hufflepuff works well in herbology and animal studies. However, this is not the only skill they possess. It goes beyond that.

This trait also makes them great at potions. Many Hufflepuffs are supremely gifted in transfiguration and charms. They have a good defense against the dark arts which makes them pull out nifty spells if they have to.

No other house beats Hufflepuffs when it comes to loyalty. They are known for their incredible sense of loyalty, which also sets them apart from the remaining houses of Hogwarts. They are the best of friends that anybody can ever have.

Hufflepuffs are also looked upon as wonderful secret keepers. Somebody shares a secret with them, and they will take it to their grave. They keep their mouths glued shut about the secrets. Hufflepuffs do not entertain gossip, come what may.  They also understand the value of a promise. All these qualities make them the keepers for life.

Another outstanding quality that the Hufflepuffs have is knowing how to value friendship and other relationships. They know how to keep it simple. All they want out of their life is to maintain lifelong relationships with their friends. When they experience any testing situation, they always put their friends first.

Anyone will be extremely lucky to have Hufflepuff as their friend. They understand that the real magic at Hogwarts does not come from enchanting spells or flying broom but the long-life friendship.

Other houses, such as Slytherin, do not believe in the idea of maintaining long-term friendships and also consider this concept lame; however, not Hufflepuffs. They are all about it and do not get afraid in embracing the love they have for their closest friends.

The Kind and Giving Ones

If there was one pure-hearted soul in the entire Harry Potter series, it has to be Cedric Diggory. Needless to mention, he was an honorable Hufflepuff. He managed to gain the love of everyone in the whole school. Even the Slytherins could not keep from expressing their good feelings towards him.

He wasn’t loved because he looked good, but because he was kind and giving to everyone. Every Hufflepuff has this quality. They treat every single person as their equal and have this noble trait.

They Understand the Importance of Food

One of the well-respected traits the Hufflepuffs have is that they value and understand the importance of food more than any other house. Interestingly, this trait has given rise to a theory that Ron should have been a Hufflepuff.

Hufflepuffs are kind, they are also the best of givers. Compared to all the other houses, they are the most helpful ones. A Hufflepuff will always be there when needed, no matter what. They are looked upon as the most generous when it comes to maintaining relationships, and we have already talked about it above in the article.

A Hufflepuff will drop everything to help people come out of any sticky situation, even if it means they will have to face the further negative consequences of it. If a Hufflepuff discovers that someone needs help, they will get into their superhero mode and go out of the way to help. They also have an anthem, a popular Friends theme song by The Rembrandts, “I Will be There for You.”

The Humblest of All

Last but not least, Hufflepuffs are the most humble of all the houses at Hogwarts. Being modest and humble is the supreme quality of every Hufflepuff who wears it with pride. It is far more admirable than it gets credit for.

But do you know being so humble and modest is not a very good thing? This trait of Hufflepuffs has backfired them time and again. Being so humble often acts as a detriment to them on a social level. But in a school filled with intellectual Ravenclaws, overly-brave Gryffindor’s and self-preserving Slytherin’s modesty is a welcome change of pace. Nobody is as honest as a Hufflepuff.

What are the Bad Traits of Hufflepuffs?

Besides their good traits and qualities, Hufflepuffs have some bad traits that often make them a scapegoat in certain situations. Sometimes, their bad traits also make it difficult for them to adjust to school. Let’s look into their bad traits.

Hufflepuffs are helpful and honest. But they are also naïve, which doesn’t help them at all. They are generally optimists and often see the silver lining in any dark situation. However, it also makes them very naïve. If a Hufflepuff is not careful, they can be easily tricked and taken advantage of.

Many other houses have already taken advantage of their naïve behavior.

Although modest, Hufflepuffs have very low self-esteem. In many cases, they even fail to see their own worth. At best, it may cause them to simply underestimate themselves. But at worst, their low self-esteem may backfire on them in many ways.

Their lack of confidence and self-worth is often misused by others.

One of the worst traits of this house is that they lack ambition. Hufflepuffs are the antithesis of Slytherins. They are often seen struggling with their ambitions, and because of this, they get stuck in a situation beyond their capabilities. Due to such a lack of ambition, they also fail to take risks and do not challenge themselves enough.

They Struggle to Express Themselves

It is not that every Hufflepuff fails to express themselves. However, a majority of Hufflepuffs struggle with it. They find it difficult to put themselves properly in any creative or social way.

Their good traits paint them to be the most humble and universally likable house from the outside. But at the same time, they are also viewed as being more on the bland side. They have a lack of expressiveness which is not so appreciated.

They Barely Take a Stand for Themselves

Standing up for oneself is a strong trait. Unfortunately, Hufflepuffs do not know how to do it. They sometimes struggle in standing for themselves if someone goes against their values and beliefs.

It is mostly because this house prefers to maintain a sense of harmony and peace wherever they go. They often prefer keeping their mouths shut than coming out to defend themselves. Their loyalty doesn’t push them to be afraid of conflict. At the end of the day, it creates many problems for them.

But, it is not true to say that they are not brave. Hufflepuffs are one of the most courageous groups. But they are more comfortable sticking up for themselves as they deserve respect, just like everyone else.

Another negative trait of the Hufflepuffs is that they are not opinionated at all. In many cases, they will agree with everything someone says only because they want to be polite towards them. Although it is sweet when seen on the face, it may prevent them from being perceived as respectable individuals who are brave and unafraid to disagree and express their own opinions.

That being said, it is not the case for all the Hufflepuffs. Many people in the house are perfectly opinionated with their beliefs. Some tend to struggle with the need to please everyone around them. People of this house should feel okay with having a different stance than everyone else.

They Have a Lack of House Pride

Hufflepuffs are quiet when it comes to speaking about the belonging of their house. Perhaps, it is because some parts of the community mock the house of the badger. There may be another reason too, because of their lack of merchandise normally available.

However, the house colors should be flown with pride, and more students from this group should step up in claiming their yellow stripes once more.

They are Perceived as Outsiders

Hufflepuffs do not hang out with the students of other houses. Many times, they are seen hanging around with one another only. Because of this trait, they are often seen as outsiders. They fail to mingle because of their introverted character. But it doesn’t mean they do not get along with others. Hufflepuffs just like to seclude themselves from the rest of the school.

Although they are perceived as outsiders, they talk to other students and make friends with them when someone makes an effort to have a conversation with them. 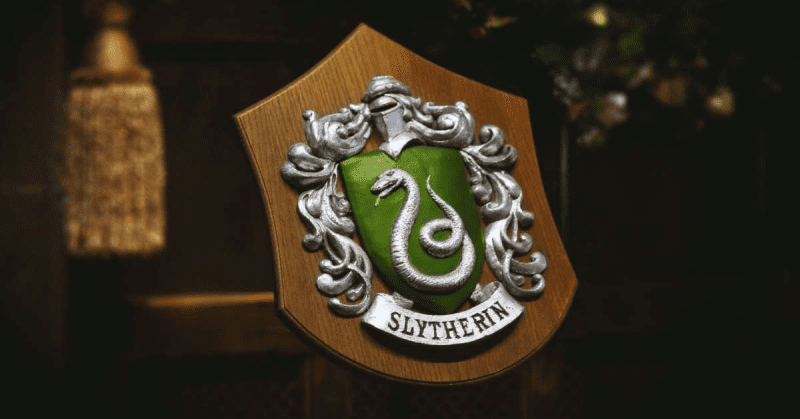