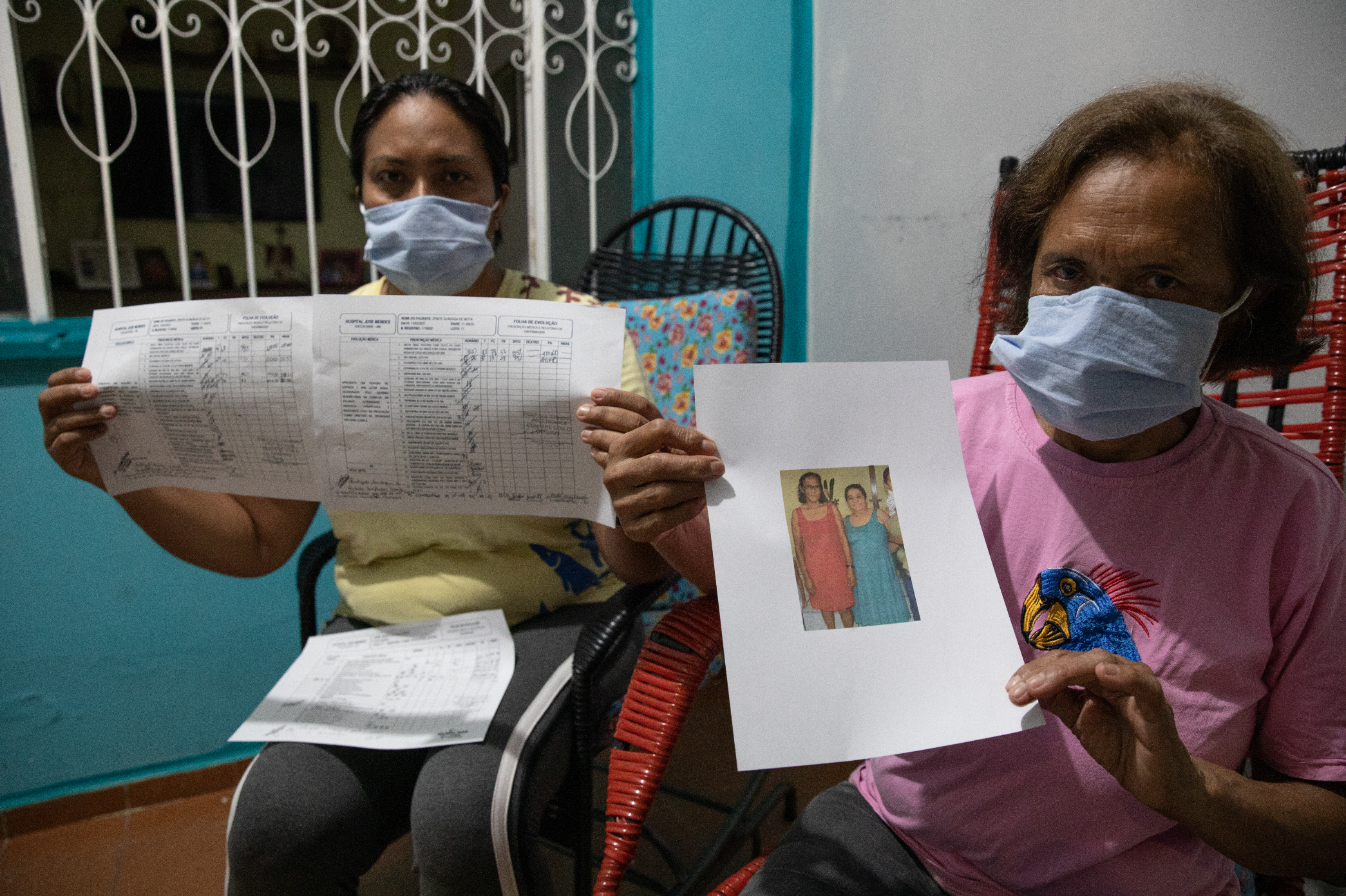 Human guinea pigs in Brazil: authorities investigate 200 deaths in the study of an experimental drug against covid-19 | Society

Zenite Gonzaga Mota, 71, began suffering from Covid-19 symptoms in early February. After a week being treated at home, she felt short of breath and her daughter, Alzenira, took her to an emergency center in Itacoatiara, in the Brazilian state of Amazonas, 270 kilometers from Manaus, capital of the region. Days later, the woman became a human guinea pig in an irregular study to test proxalutamide, an experimental drug used for some types of cancer, in covid patients. But neither she nor her relatives knew that it was part of an experiment that has placed Brazil at the center of a scientific scandal. The National Commission for Research Ethics (CONEP, for its acronym in Portuguese) is investigating the death of about 200 patients admitted to different centers that participated in the study, and Zenite’s family has filed a complaint to clarify whether their death was due to proxalutamide.

The woman suffered a drop in oxygen saturation and was diagnosed with a lung infection, so the doctor recommended admission to the José Mendes regional hospital, in her city, to treat her with antibiotics. Shortly after entering the hospital, the Grupo Samel, dedicated to medical and hospital care, announced, through its president, Luiz Alberto Nicolau, that the city of Itacoatiara would be the first to benefit from “an American drug for the treatment of cancer that works exceptionally against covid-19.” It was about proxalutamide, which is not registered in Brazil and is not used in any treatment in the country. According to Nicolau, at the request of the mayor, Mario Abrahim, Samel would administer the treatment in all the covid-19 patients admitted to the municipal hospitals of Itacoatiara, a study that would be coordinated by the doctor Flavio Cadegiani, with “the expectation that it will be something very important for the city ”, according to the company disseminated in videos on social networks.

Zenite went on to take three proxalutamide capsules a day as of February 11, according to the medical history her niece showed for this report. He also inhaled daily doses of hydroxychloroquine and took ivermectin, drugs proven to be ineffective in fighting the coronavirus. “My aunt arrived safely at the hospital on February 6. She fed herself and went to the bathroom without help. Sometimes she inhaled a little oxygen with the balloon, but nothing abnormal in that context ”, says Alessandra Mota, 40, her niece, who accompanied her during the month she was admitted to Itacoatiara. They received the medicines in envelopes and the relatives were in charge of administering them to the patients.

During the treatment, according to Alessandra, the medical team did not do any follow-up, neither to check the amount or the way in which the patient was taking the medications, much less to record any results. “As soon as she started taking the medication, she felt like she was short of breath,” says her niece. He says he also watched Zenite hit 170 beats per minute, had blood in his urine, bruises on his foot and diarrhea for weeks. “We were not told what drug it was or that it was a study. They only gave us a paper that we signed because we trust the doctors, ”says Alessandra.

The family tried to transfer the patient to Manaus, but the management of the Itacoatiara hospital denied the request several times. When she finally succeeded, Zenite was transferred in a “state of weakness” to a hospital in the regional capital, where she died on March 13.

Alessandra’s aunt was not the only human guinea pig in what has allegedly been a clandestine study with proxalutamide. CONEP estimates that there were at least 200 deaths among the participants, none of which were adequately analyzed.

CONEP is a body of the Ministry of Health that oversees research protocols with human beings. The commission even authorized the study with proxalutamide earlier this year, but notes that the one carried out in the State of Amazonas involved more people than had been initially approved (645 participants, when the allowed number was 294). , and it was carried out with “seriously ill intensive care patients”, which had also not been approved. “There are indications of irregularities in the study, as well as violations of current regulations on ethics in research with human beings,” states the document signed by the coordinator of CONEP, Jorge Venâncio, on September 3.

In addition to Itacoatiara, the agency received reports of the same experiment in Manaus, Maués and Parintins (cities in the State of Amazonas, in the north of Brazil), and three other cities in the south. None of them had been authorized by the Commission.

On October 9, researchers from the Unesco Latin American and Caribbean Network for Bioethics Education released a document stating that this could be one of the “most serious and serious episodes of ethical infringement” and “violation of human rights” of patients in the history of Latin America. “It is urgent that, if the irregularities are proven, all those involved – including the investigation teams, the responsible institutions and the national and foreign sponsors – are investigated and ethical and legal responsibilities are demanded,” the text says.

The doctor Flavio Cadegiani, responsible for the study, replied in a note that the statements of the Unesco researchers “are based on false premises.” “The drug under test did not produce serious adverse events,” he said. According to the doctor, the National Ethics Commission tried to invalidate the study “after President Jair Bolsonaro’s interest in proxalutamide”, an indirect accusation that the health agency reacted for political reasons. Bolsonaro cited the drug as a possible effective drug against COVID-19 on July 18. However, he stressed that “this exists in Brazil, but it has not yet been scientifically proven.”

Cadegiani has also highlighted the fact that the Health agency approved another 25 studies with the same drug. “After all, if there was the slightest suspicion that proxalutamide caused the death of someone, the CONEP would never have approved absolutely any other study with the drug,” he argued.

Luiz Alberto Nicolau, president of the Samel Group, who considers that the case is politically motivated, even assures that the deaths are of people who received placebo, something that CONEP affirms that the company has not proven.

Zenite’s family has filed a lawsuit against the Samel Group and the Itacoatiara City Council for “irregular treatment”, and demands that the case be clarified. “I saw my aunt arrive at the hospital hoping that she would get better in five days. In the room where she was admitted there were many people who died after receiving this treatment. It was a terror camp, and I know not only because of the covid-19. What we want is for it to be investigated ”, says the niece.