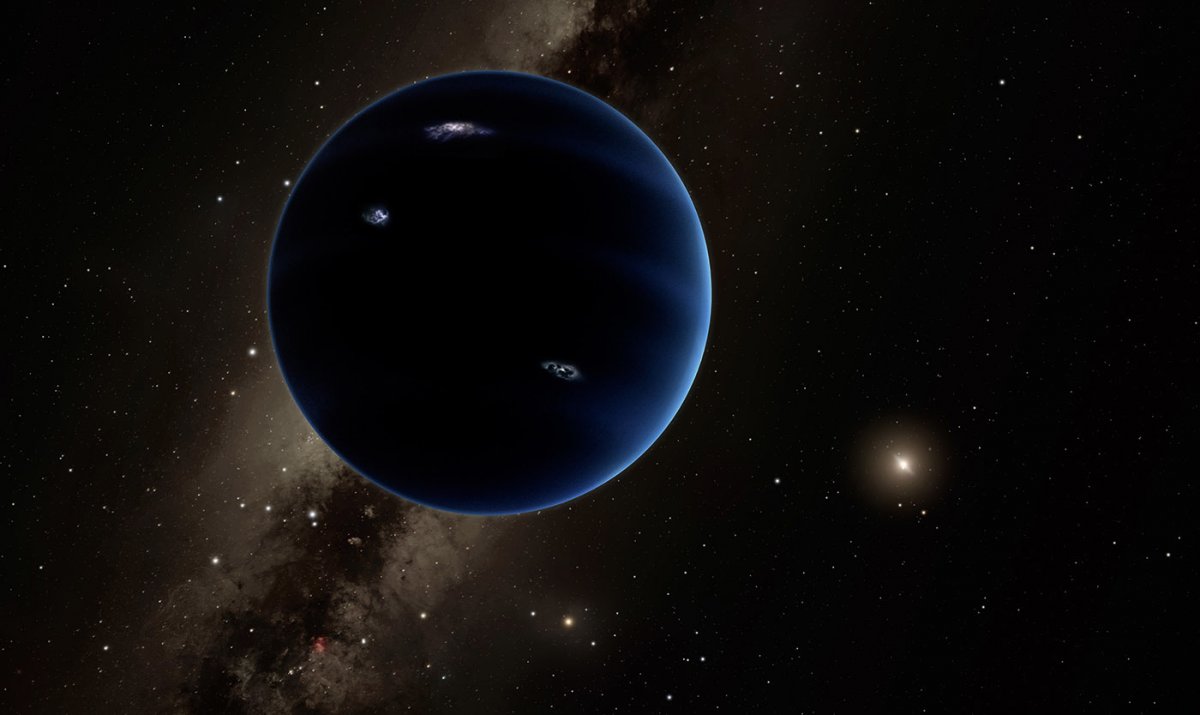 Two astronomers who have been looking for a ninth planet on the edge of the solar system for years have now narrowed down where it should be and how others can search for it. Mike Brown and Konstantin Batygin from the California Institute of Technology (Caltech) searched the database of the sky survey ZTF (Zwicky Transient Facility) with a new method and then simulated what they would have and could not have found. They therefore remain convinced that Planet 9 is out there and they describe their results as an improved treasure map to search for. A few weeks ago they presented a first map and rough characteristics of the celestial body, which was previously only described theoretically.

Data treasure evaluated with a trick

As Brown now explains, among other things, the ZTF searches for objects in the night sky that change their position comparatively quickly – i.e. comets and asteroids. Over a period of three years, 13 million of them were found. Searching for a distant planet is particularly difficult because objects in the solar system cover complicated paths in the sky from the perspective of the earth. That is why the search was done differently and the data was converted in such a way that it shows what could be seen from the perspective of the sun. From their point of view, the movements are much simpler and correspond to large circles. Unfortunately, even with this one did not find a ninth planet in the 13 million objects.

But that does not end the analysis: Because the orbits of the ninth planet were to be calculated beforehand, a collection of 100,000 simulated orbits was added to the ZTF data and it was determined how many of them were to be found were. 56 percent would have been discovered, but 44 percent would not be found with the Zwicky Transient Facility – for example if the celestial body is too far south in the sky. However, the data have been compiled in such a way that those interested can now search in the sky themselves – and at the same time ignore those regions that the ZTF has already covered. The necessary data are available for download.

Brown and Batygin have been convinced for years that there must be another large planet in the solar system far behind Pluto, which has now been degraded to a dwarf planet. The most important reason given to them is the conspicuous similarities in the orbits of several of the objects in the solar system that have been discovered farthest from the sun. A ninth planet that is on an almost mirror-inverted orbit would explain that, they think. Others have contradicted this. For several years since then, the two have improved their simulations and now assume that the hypothetical planet is more than 300 astronomical units from the sun and about six times the mass of earth. Your recent work will appear in the Astronomical Journal.