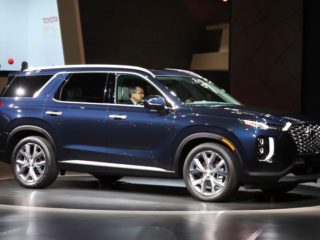 SEOUL, Jun 14 (EFE) .- South Korean automaker Hyundai will suspend operations at its US plant in Alabama for three weeks due to the shortage of semiconductors and to carry out maintenance work, a company spokesperson confirmed to Efe today.

“Hyundai Motor Manufacturing Alabama will suspend production the week of June 14 due to semiconductor supply conditions. The plant will resume production on June 21 and will continue to take the necessary steps to optimize it,” the manufacturer said in a comment. tucked into this medium.

After this one-week hiatus, the facilities will again suspend production between June 26 and July 11 for the routine annual maintenance period.

Car manufacturers around the world are being hit by a chip shortage that is affecting production.

Hyundai, which has ten plants outside of South Korea (four in China and one in the US, the Czech Republic, Turkey, Russia, India and Brazil) and seven on the Korean peninsula – with a combined production capacity of about 5 , 5 million vehicles-, has already temporarily stopped some of its national plants for this reason.

To that must be added the temporary suspensions linked to the covid-19 pandemic, the most recent in May at its Indian plant, after two workers were infected and others held a sit-in amid growing fear of the pathogen.

Its subsidiary Kia also temporarily halted production at its US plant and another in South Korea last month because of the same problems.

Hyundai is the largest vehicle manufacturer in South Korea by sales and together with Kia are the fifth largest automaker globally.