“I was killing my girlfriend”: Remmy Valenzuela, the singer accused of beating two people 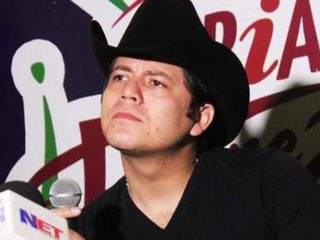 The singer of the Mexican regional genre Remmy Valenzuela sparked the outrage of the people, after being accused of nearly hitting two people to death. The victims: his 21-year-old first cousin and his 20-year-old partner, who were brutally attacked when they were at the “Mentí” interpreter’s ranch.

As a result of the attack, the young woman ended up with injuries to her back, chest, arms and neck, as they allegedly tried to suffocate her with a cable; meanwhile, her boyfriend has injuries to various parts of his body, both cheekbones and is at risk of losing his left eye.

The case has already been reported to the Federal Prosecutor’s Office of the state of Sinaloa and to the Special Unit for Gender Violence of the Municipality of Guasave. Because this fact has generated all kinds of reactions, we will tell you what is known so far.

Carlos Armando, a relative of the singer and victim of the aggression, detailed in “Tell me what you know” that the brutal beating took place on Sunday at around 8 o’clock at night. He said he was enjoying his day off with his girlfriend when Remmy Valenzuela appeared.

“I am a worker from the ranch there, I lived on the ranch. Sundays is practically a day off, I wanted to spend the day with my girlfriend, until I heard that there was a whistle at the gate and Remigio was actually entering. He began to scold me. I noticed that he was irritable or angry. I started doing things there: chores, watering the bushes, feeding the dogs, things like that so he could see me doing something. He went to my room and it was there when I heard my girlfriend scream “, he counted.

When he saw that, Remmy Valenzuela dragged his partner Katy Aracely on the ground, tried to stop him, but could not. “I am watching that he is dragging her by the hair, hitting her against the railing, with the same hand, against the walls, hitting him with whatever I found and I went on top of him to separate them. He told me to take off and that I was going right now, that I didn’t know where I was, that I didn’t know who he was. I looked like I was practically killing my girlfriend “, he stated.

In his eagerness to protect his girlfriend, he was shortened and his arms were tied behind his torso with an extension. They did the same with the girl, whom they tied her arms and legs with wires and took her away.

“There he began to beat her, took her phone, took her bag, [empezó] to look at your belongings, [le pegaba] With a cable, he would kick her with the cable and I, in the same despair, would come out and shout at her: ‘Let her go please, it has nothing to do with it’. I was hitting my girlfriend and I was coming out of the palapa to beg her to leave her alone. She yelled at me: ‘I don’t know what you’re advocating if you don’t know if you’re going to free her’ “, he pointed.

After that, Carlos Armando was able to get rid of the ties and took out his phone, so he sent messages to his mother and sister to send help, as his first cousin continued to attack the girl. “He got tired of hitting her. He told me: ‘Go and leave the morra and come back, and if you don’t come back from where you are, I’m going to get you out. “.

Because the young man did not return, the interpreter of “My soul is dying” became more enraged and threatened with death. “He was looking for me at my aunts’ houses and telling me to come out because he was going to kill me and wherever he looked at me he was going to kill me”. According to the mother of the alleged victim, Valenzuela began to make “patrols” around her house after the events; Therefore, they decided to take shelter in Culiacán.

Katy Aracely spoke to the show Telemundo’s “Hoy Día” to give his version. She pointed out that they were both at the singer’s ranch without his permission when he arrived. In fear, her partner asked her to hide in a room, but when she came out of the bathroom she was intercepted by the musician, who without listening to reasons began to beat them.

Despite the fact that she told him that she was his cousin’s girlfriend, the accordionist dragged her by the hair until he took her out of the room where she had taken refuge and took her to the garage where he beat her, tied her up and tried to hang her. At all times he called him “matched” and complained to him for having entered his ranch.