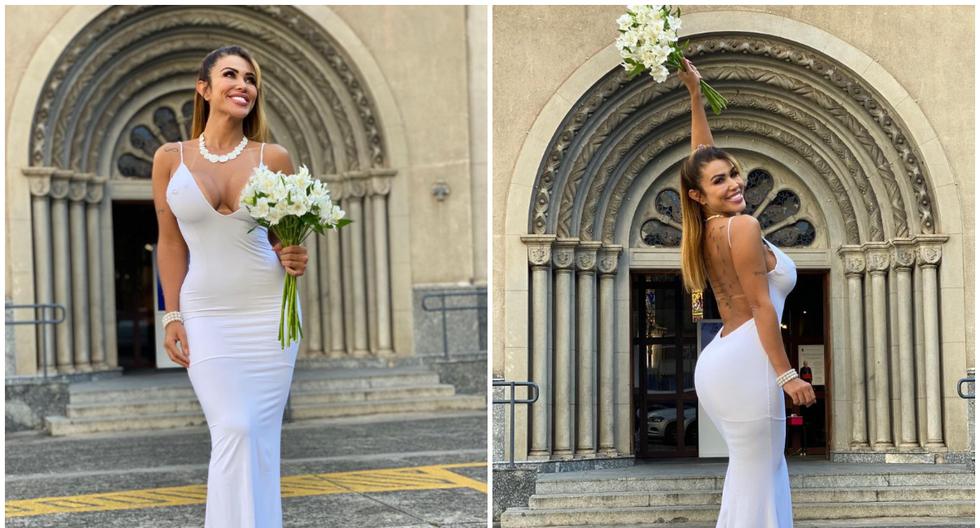 “I will never divorce”: a model marries herself to celebrate “self-love”

International media announced the case of Cris Galêra, a lingerie model who decided to marry herself to celebrate “self-love.” “Yes, people, it’s true! I got on the wave of sologamia and decided to get married. I am celebrating my self-esteem and want to inspire other women to raise their self-esteem! “the young woman wrote in Instagram, where he published a series of photos where he poses in a church wearing a wedding dress.

After her story became a trend, the model, originally from Brazil, said that she is receiving marriage proposals from both men and women; however, she assured that she is not going to divorce herself soon, so these proposals will have to wait.

“Most people loved it and found it interesting. They think I’m joking, but actually I married me, and some women said they will do the same. “said Galêra in conversation with the American media New York Post. She also explained that one of the reasons why she married herself is that men are unfaithful and “want several women at the same time.”

“I will never divorce, but also if a new love appears, I will want to live the experience. I will put the person second, I will always be first. The offenses and criticisms do not affect me, when you are happy, nothing shakes you, nothing affects you “added. “The funniest thing was the feeling of satisfaction and pride in marrying myself, I will not be disappointed, I will not betray my trust and I will love myself above all else”.