Iberdrola wants to buy a large European power company and sets its sights on RWE and E.ON 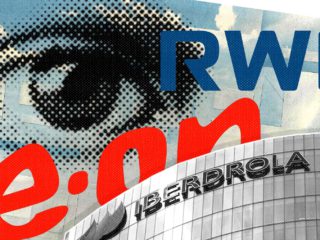 Iberdrola is looking for a great acquisition with the aim of becoming the largest electricity company in Europe, according to sources close to the company. To do this, it is analyzing the possibilities of taking control of one of the largest in the sector in Germany, RWE O E.ON, as well as in some private companies of Denmark O Sweden. The company did not comment on this information.

The market capitalization Iberdrola’s current account is 63,230 million euros, while that of RWE barely exceeds 20,000 million and that of E.ON (which participated in the takeover war for Endesa) is at 26,740 million. That is, by size, both are feasible purchase objectives for the Spanish company. The good performance of his business gives him the firepower to buy, as shown by the semi-annual results published this week (although distorted by last year’s extraordinary and fiscal spending in the United Kingdom).

In the event that it is not feasible to acquire any of the German companies, or if it considers that the valuations are too high, since a premium would have to be paid, Iberdrola could study the acquisition of a private Scandinavian company that is a subsidiary of a multinational (in Sweden and Denmark, the dominant power companies are public).

The sources consulted explain that there have not yet been contacts with any of the possible objectives, but that the project is in a preliminary analysis phase. Iberdrola has not hired any investment bank: “The usual operation at Iberdrola is to study the operations itself and only have advisors when it has already chosen the objective and decided to start the operation”, something that is still far from happening in the current case.

The largest electricity company in Europe based in Bilbao

The objective of the Chairman of Iberdrola, Ignacio Sanchez Prince, with this operation is to reach a capitalization close to 100,000 million euros and thus become the largest electricity company in Europe. In 2006, in the midst of an attempt to take control of Iberdrola by ACS, the company acquired the British Scottish Power for 17,200 million and became the third largest company in the sector on the continent.

In addition, this operation has a political component: the PNV supports it, since the giant that Iberdrola would become would have its headquarters in Bilbao. As reported in its day OKDIARIO, the nationalist formation devised a long-term plan to convert the Basque Country in the region with the greatest business strength behind Madrid.

The president of the PNV, Andoni Ortuzar, is aware that it is key to keep Pedro Sanchez in power, and wants to take advantage of the decline of Catalonia as an economic power because of the process to overtake it. To do this, it intends to promote large corporate operations that would have as protagonists the three flagships of the Basque Country: in addition to Iberdrola, BBVA and Kutxabank.