iCarly Reboot Season 2 Release Date: The “iCarly” reboot, which premiered on Paramount+ on June 17, consists of 13 episodes. After just a month of streaming, the series was immediately renewed; Deadline confirmed the announcement on July 15, calling the program “one of Paramount+’s most-streamed titles.” That is fantastic news for followers of Carly Shay (Miranda Cosgrove), one of the first fictional online superstars on television, and her close-knit network of friends and family who all live in Seattle’s Bushwell Plaza building.

The first season was all about the remembrance of what happened to the initial teen-oriented Nickelodeon show, which aired from 2007 to 2012. Even though the first season of the iCarly reboot followed a more grownup Carly, the show still stayed committed to its comedic, delightful origins. That pattern might very likely continue in season 2, considering that another season has been secured.

Here we have gathered every minute detail you should care about for the upcoming renewal.

Is The Second Season Of iCarly Reboot Confirmed?

Season two of the iCarly reboot is now evident, and Paramount+ announced on Instagram that a second season had been commissioned.

From the official Instagram profile, Paramount+ declared, “!BIG NEWS! The massive hit #iCarly is renewed for season 2! 🥳 Who else needs some Skybucks to celebrate!?”

Who Will Return For Season 2?

In addition to Cosgrove, Jerry Trainor in the role of Spencer Shay and Nathan Kress in the role of Freddie Benson will reprise their characters from Season 1 of the original show. Laci Mosley as Harper (Carly’s roommate) and Jaidyn Triplett as Millicent (Freddie’s sassy stepdaughter) was also included in the reboot. Guest appearances include Freddie’s mother Marissa (played by Mary Scheer), Carly’s arch-enemy Nevel Papperman (played by Reed Alexander), and iCarly stan Nora Dershlit (played by Danielle Morrow).

Read Also   Space Jam: A New Era, know all the details of the game developed by fans

Though it is uncertain which cast members will reappear for Season 2, it is hard to think that the core ensemble won’t be back. In fact, there is a high chance that more known faces will enter the picture. According to Looper, Mrs. Benson, Lewbert, and T-Bo are among the characters on the showrunners’ wish list for future comebacks. Schouten (the showrunner) went on to say that she would “love to have Josie [Totah] back” and that Trainor wants his closest pal Socko (who spectators have never seen), to make an appearance. “I would love to have Victoria Justice back on in any incarnation that she wants to be in. That’d be really cool,” Schouten added.

In an interview with E! News, Cosgrove stated her hopes for T-Bo’s comeback and revealed that Rowley had just returned to the iCarly production as quirky doorman Lewbert. She stated, they recently filmed an episode with him. “I’m really open to anybody from the original coming back. Anytime somebody comes and makes a cameo, I think it’s really fun,” she said. 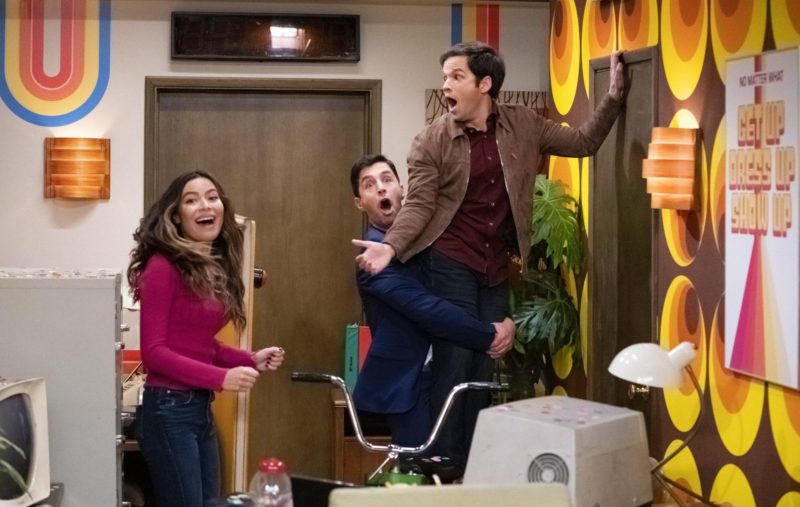 What Will Be The Plot Of iCarly Season 2?

If you watched the “iCarly” reboot, you are aware that the season’s final episode concludes in suspense. Right before Carly and her pals were saved from their campground, two guys confessed their love for her. In the second season, Carly must choose between her new lover Wes (played by Josh Plasse) and her previous boyfriend Beau (played by Conor Husting), who ended the relationship in the previous episodes.

Read Also   Marvel: Kevin Feige explains if we will see Chris Evans in the future of the MCU - MRT

In addition to wrapping up that plotline, which will be handled in “a very ‘iCarly’ way,” the showrunner plans to tackle a serious problem in an early episode. She wants to reveal the meaning of “to be a woman on the internet.” “Originally, Carly was the first of her kind, she was one of the first content creators — now they’re everywhere,” Schouten added.

Beyond that, fans have to keep patience until the release of Season 2 to see what is in store for Carly and her companions.

Regarding the plot, iCarly said in an Instagram post, “a lot of surprises in store when Carly heads back to Webicon.”

Release Schedule of Second Season Of The Icarly Reboot

According to a source, “iCarly” is set to resume filming in the fall, implying that it is now in pre-production. The crew is now involved in the process of creating the screenplays, according to an interview with showrunner Ali Schouten on August 25. With that in consideration, we can assume that the second season will premiere a year after the first, in June 2022. However, it is too early to say for sure, and no formal schedule has been announced.

If you are impatient, there is some good news. “iCarly” seems to have a fairly quick turnaround time since production on the first season began in mid-March 2021, according to a Nickelodeon press release and the show premiered three months later. If the plan holds true, viewers might see more of the “iCarly” relaunch as early as January 2022. 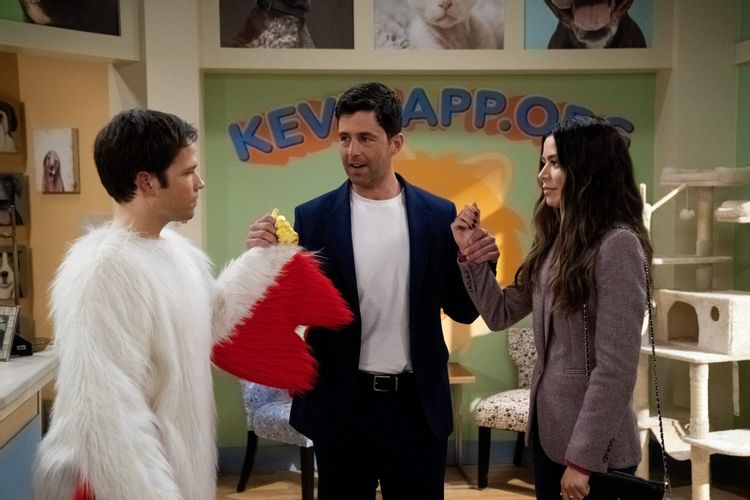 Will There Be Any Special Guests?

Josh Peck said on December 13 that he would join in season 2 of the iCarly reboot as a guest star. This implies that the two former co-stars (Drake and Josh) will rejoin the cast — but definitely not as feuding step-siblings.

Josh will play Paul, Carly’s “aggressive manager,” who gets into a quarrel with Freddie when his management style upsets the group’s chemistry. Presumably, Carly gets caught in the middle and attempts to make everybody pleased.

Josh expressed his delight about the character in a statement saying that Miranda is a dear friend of his, and when the new iCarly was announced, they spoke about how they might find something interesting to do. He further added, “Being on the iCarly set after all these years feels very full circle and I love getting to work with Miranda, Nathan [Kress], and Jerry [Trainor] again.” He also said he is ecstatic to be a part of what they are putting together.