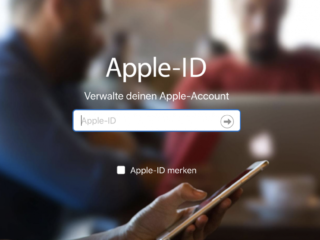 The digital discount for Apple ID and iCloud is coming: In the future, users of Apple’s cloud service will be able to designate people who should have access to iCloud data in the event of the death of the account holder, as the company announced at the WWDC developer conference.

The persons selected by the account owner are then able to download the photos, videos, notes and e-mails of the deceased stored in iCloud. The prerequisite for this is that a death certificate is available and submitted to Apple.

In addition, Apple then wants to release the activation lock. This currently prevents the deceased’s iPhones, iPads and Macs from being re-installed, making them practically unusable without knowing the device code, Apple ID password and access to two-factor codes or proof of purchase.

The bereaved can download the iCloud data via a web interface or restore iCloud backups of the deceased on an iOS device. Access to payment information, for example for Apple Pay and the keychain, with all saved passwords is not possible via the program for the digital estate.

The heirs also do not get access to subscriptions and “licensed media” – software and content purchases in Apple’s stores from the App Store to the iTunes Store are apparently lost. The data of the deceased will only be available for a limited time, as a screenshot shown by Apple suggests – after around three years they will be deleted along with the account.

When Apple’s digital legacy for Apple ID and iCloud will be introduced remains to be seen for the time being; the function may appear in conjunction with iOS 15 in the fall. iCloud users should also consider revealing the password of their Apple ID to family members or close confidants and ensuring that relatives can access two-factor codes – for example if they know the device code or have an additional phone number on file.

Currently, Apple is explicitly excluding a “survivor’s right” in the iCloud Terms of Use. By sending a copy of a death certificate, an iCloud account or an Apple ID can only be deleted – including all of its content. So far, survivors have only been able to gain access to iCloud data with the help of court orders.