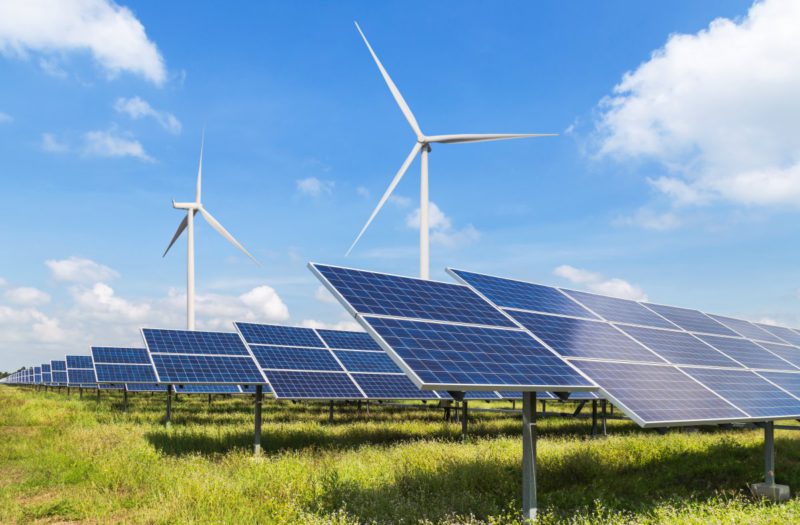 This year, plants for the production of renewable energies with a capacity of 290 gigawatts will be installed worldwide, more than ever before in a single year. The International Energy Agency has determined this and at the same time assumes that the growth rate will increase. By 2026, the global capacity of photovoltaic systems, wind power plants and other systems for generating electricity from renewable energies will increase to 4800 gigawatts, over 60 percent more than in 2020. That would then also be more than the current total capacity of all electricity power plants based on fossil fuels and nuclear power plants in the world combined . Renewables will be responsible for 95 percent of the growth in global power generation capacity.

India is growing faster and faster

The accelerated growth is being driven by photovoltaics, according to the Renewables Market Report. The output in this area alone would increase by 160 gigawatts in 2021. This is followed by onshore wind turbines. In the area of ​​solar energy, the IEA also expects the strongest increase in the coming years, but the annual growth in the other areas will remain more or less stable, they say. Among the states, China remains by far the global leader when it comes to growth. The USA, India and Germany follow. India’s progress is particularly emphasized: the country’s CO₂ emissions could peak before 2030. China is also currently exceeding its targets.

The IEA also reminds of thisthat the growth spurt will be achieved despite the restrictions in global trade. But if they don’t come to an end soon, it could still ensure that the forecasts are not kept. Investments in wind and solar energy systems would then be significantly more expensive. On the other hand, governments around the world could do their part to accelerate growth even further, the report said. To do this, hurdles would have to be removed and more money made available. Even that would not be enough to achieve the goal of net zero emissions by the middle of the century, warns the IEA. To do this, the growth rates would have to be twice as high as now expected in the coming years alone.