IEA: pressure on crude reserves from Hurricane Ida will last until 2022 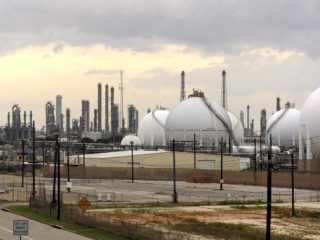 Paris, Sep 14 (EFE) .- The International Energy Agency (IEA) warned on Tuesday that the impact of Hurricane Ida, which has reduced oil production in the Gulf of Mexico for weeks, will keep pressure on reservations until the beginning of next year.

In its monthly report on the oil market, the IEA estimates that the cyclone that hit the Gulf of Mexico in late August will eventually lead to a loss of production of about 30 million barrels of oil.

In August it is estimated that there was a further drop of 31.1 million barrels. In response to this situation, the United States has decided, among other things, to place 20 million barrels of its strategic reserve on the market between October 1 and December 15.

China is also turning to its strategic reserves for the first time, although the agency is not clear about how much crude it will bring to the market.

As OPEC and its allies (OPEC +) are limiting the cuts that were self-imposed at the beginning of the coronavirus crisis, the authors of the report consider that “the market should approach equilibrium as of October.”

But even so, they warn that “only in early 2022” the supply will be high enough for industrial reserves to be replenished, and in the meantime the strategic reserves of the United States and China may disappear.

They also note that the damage caused by Ida to the oil infrastructures of the Gulf of Mexico has been the greatest in the last fifteen years and came to cut crude extractions at the end of August by 1.7 million barrels per day.

Regarding demand, the IEA has reduced its global forecasts for the third quarter by 200,000 barrels per day to take into account the strong impact of the restrictive measures put in place in Asia, and particularly in China to deal with the new coronavirus outbreaks.