“If Ukraine were a nuclear power, we could blackmail the whole world,” says the leader of the faction of the presidential party in Parliament 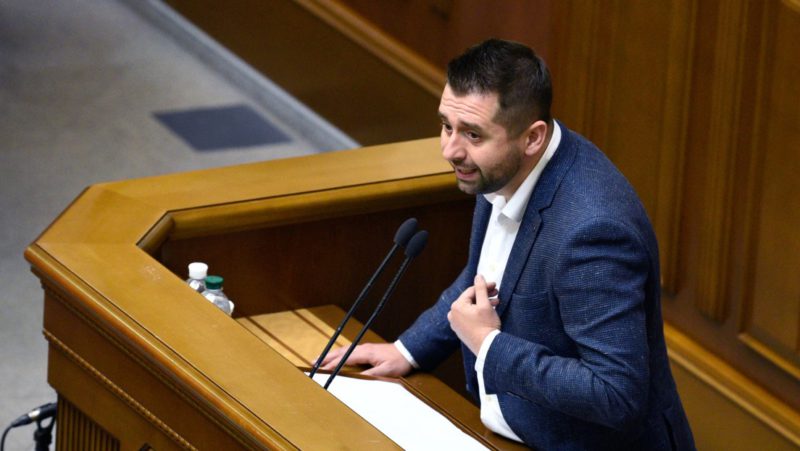 The deputy of the Verkhovna Rada – Parliament of Ukraine – David Arajamiya, declared that the destruction of his country’s nuclear weapons was a “fatal mistake” by former President Leonid Kravchuk, since now they would allow Kiev to “blackmail” the whole world.

“All of us inherited this great mistake today,” said the politician during an interview with the Ukraina 24 channel. “If we were a nuclear power, believe me, everyone would speak differently,” said Arajamiya. “We could blackmail everyone and they would give us money for maintenance [de armas], as is now the case in many countries, “he added.

Arajamiya is the leader of the faction of the ruling People’s Servant party in the Verkhovna Rada. Following his remarks, the party president, Alexánder Korniyenko, stated during an interview with the online newspaper Straná that these words were “a thought experiment” and they should not be perceived as “a call to urgently resume the nuclear program or, all the more, to blackmail the whole world with it.”

“It’s like, you know, a thought experiment, brain exercises or an alternate story, that something could be, if then [esto] had it happened, everything could be different in some way, “he said. According to Korniyenko, these statements represent” the evaluation of some decisions “of the former Ukrainian leaders and they cannot “be considered separately from that security situation in which we are now. “” It is clear that Ukraine could use additional guarantees, particularly mechanisms for their realization, so that there would be some specificity of the general words of our partners, which are also very important, “he stressed.

Ukraine had a large nuclear arsenal in 1991, after the Soviet Union dissolved, but destroyed it after ratifying the Nuclear Non-Proliferation Treaty in 1994.