Imminent end of the eviction moratorium anguish in states like Florida 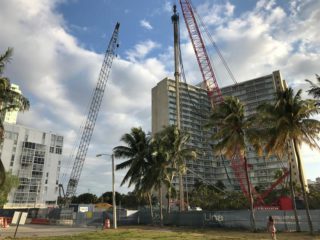 Miami, Jul 30 (EFE) .- The imminent end of the moratorium on evictions adopted during the pandemic frightens thousands of low-income families in Florida, a state with a real estate market with sky-high prices and growing and a marked deficit of affordable housing, especially in tourist areas.

To rent a “modest” two-bedroom apartment in Florida in 2021 you need to earn $ 24.82 / hour or work 115 hours a week (16.4 hours a day from Monday to Sunday) at minimum wage, according to a recent report by the National Low Income Housing Coalition significantly titled “Out of Reach.”

And Florida is only number 12 on a list headed by California, where it is necessary to earn $ 39.03 per hour to afford the “luxury” of living in such an apartment.

These figures illustrate the magnitude of the housing crisis in the country, which will now be added, if Congress does not remedy it, the end of the moratorium on evictions on July 31.

The Speaker of the House of Representatives, Nancy Pelosi, who like President Joe Biden, has asked congressmen to extend the moratorium, believes that it should be done by “a moral imperative.”

MORE THAN 7.4 MILLION HOUSEHOLDS BEYOND PAYMENT

According to the online real estate company Zillow, as of July 28, there were more than 7.4 million homes in arrears in the United States in payment of rents and of these, about 3 million were at theoretical risk of eviction, although there are far fewer that in practice they can be evicted.

Zillow estimates that in Florida there are 144,000 homes at risk of eviction if this weekend the shielding that the Centers for Disease Control and Prevention (CDC) provided in 2020 ends so that low-income people do not have to face a hardship added during the pandemic.

However, in several states, including California, Hawaii, New York and New Jersey and in the District of Columbia, tenants will continue to be protected by rules against eviction after that date.