Home
News
In a hot week for the dollar, the Central Bank sacrificed reserves to control devaluation expectations

In a hot week for the dollar, the Central Bank sacrificed reserves to control devaluation expectations 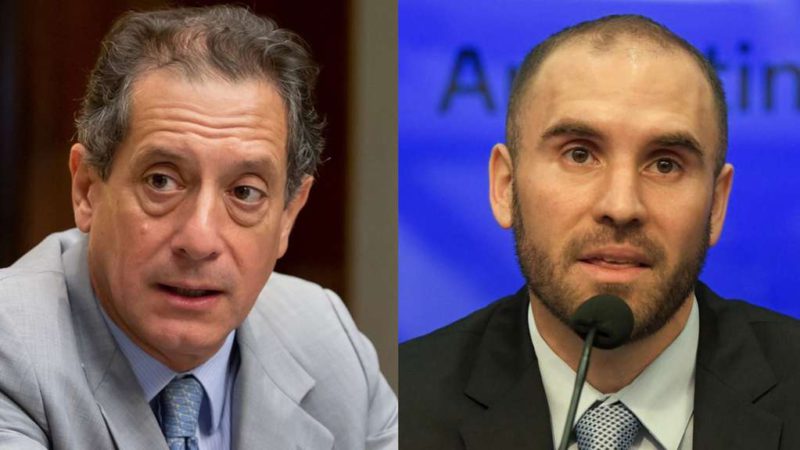 The dollar It is one of the variables that most expresses the fears of Argentines, who recall the devaluations that occurred after other electoral processes. For this reason, the Central Bank (BCRA) had to intervene with more than US $ 600 million in November to avoid a slippage in the official price and thus try to control devaluation expectations.

With the blue dollar in the lead, the parallel prices of the currency monopolized the attention in recent days. Those values record they generate expectations of devaluation in the official exchange rate. Therefore, they drive a greater demand for foreign exchange for savings and, also, more orders for dollars by importers, who seek to secure a more convenient price to buy products abroad.

Read also: Blue dollar today: how much it traded this Friday, November 12

However, in the official market the stability. Regulated by the BCRA, the wholesale dollar advanced 28 cents in the week and 50 cents since the beginning of November. The last value traded was $ 100.22 and maintains a depreciation rate equivalent to 1% per month.

How many dollars did the BCRA sell

Inside the organism that leads Miguel Pesce they assure that there will be no abrupt devaluation after the elections, but they acknowledge that the uncertainty reduced the genuine supply of US currencies in the foreign exchange market. That dynamic, which they expect to reverse next week, forced the entity to sacrifice reserves.

In the first days of November, the BCRA sold more than US $ 630 million. In the last round before the elections, the entity shed US $ 290 million. Despite the stocks, more than US $ 950 million were traded in the official segment on Friday, the highest figure since December 2019.

“The demand reflected the worry due to the proliferation of rumors about possible modifications in the exchange scheme. The offer also reacted by postponing operations, which should be channeled in the next week. The same pressure is registered prior to each electoral process. There is no in the Government no discussion about it“, Interpreted BCRA sources.

In any case, within the organization they highlighted that so far in 2021 they have acquired more than US $ 6 billion and recalled that foreign currency sales are common in electoral processes. However, in the five days prior to the general legislative elections of 2017, the BCRA did not sell foreign exchange. Instead, they sacrificed US$387 millones in the week before the elections of 2013.

The Central accelerated the intervention in the Mep dollar

In addition to the reserves that it sells directly in the official market, the Central Bank uses dollars to contain the quotations of the dollar Mep and the cash with liquidation. In particular, in the values ​​that arise from the price of the AL 2030 and Global 2030 bond.

Read also: With the blue at $ 200, the futures market is already pricing the post-election dollar

“During the last 5 rounds, the intervention of the BCRA in the bond market increased by about US $ 50 million compared to the week prior to PASO ”, estimated the consulting firm Equilibra, which calculated a spending of US $ 153 million in the five days prior to Thursday, November 11.

The balance of foreign exchange interventions, added to the blow represented by the payment of a maturity to the IMF, was a low in reserves international So far in November, the coffers of the BCRA US $ 210 million fell and they closed the last week at US $ 42,607 million. According to Equilibra, net reserves, that is, those that the body can effectively use to intervene in the market, remained in the area of US$4800 millones.