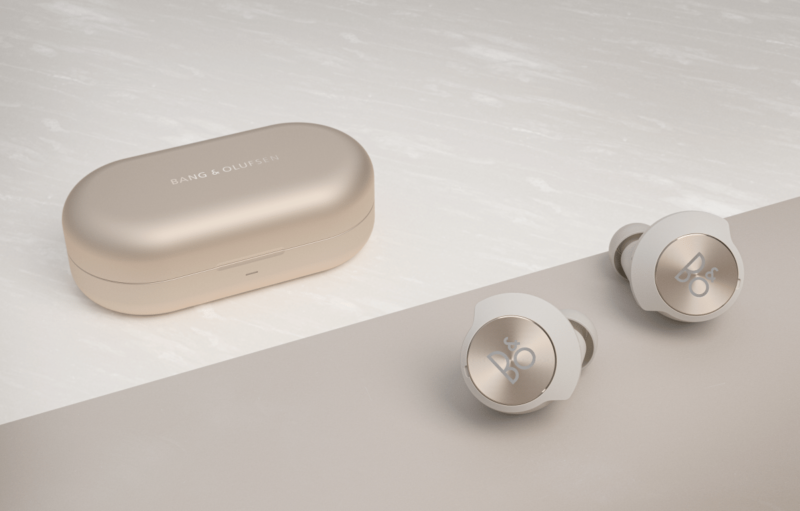 Bang & Olufsen has introduced new in-ear headphones with the Beoplay EQ. After several new editions of the Beoplay E8, there is now a completely new device for the earbuds market, which is provided with a proper price tag: The Beoplay EQ costs 400 euros and are therefore more expensive than the AirPods Pro from Apple, Sony’s WF-1000XM4 or the Momentum True Wireless 2 from Sennheiser.

Up to 20 hours of running time

The codec used has an impact on the battery life: Bang & Olufsen promises up to 6.5 hours with AAC and SBC or up to 5.5 hours with AptX – all values ​​apply to playback with active noise suppression. With the supplied charging case, the earbuds can be fully charged twice, Bang & Olufsen calculates a maximum total running time of 20 hours. The quick charge function should provide two hours of playback after 20 minutes of power.

The music playback is controlled via a touch control surface on both earphones: a tap starts or pauses the playback, pressing and holding twice changes the volume. A way to jump between songs does not seem to be provided.

The Beoplay EQ are protected against dust and splash water in accordance with IP54. They will be available from August 19th in black and gold.