Inflation reaches 24-year high in OECD due to energy: Graph 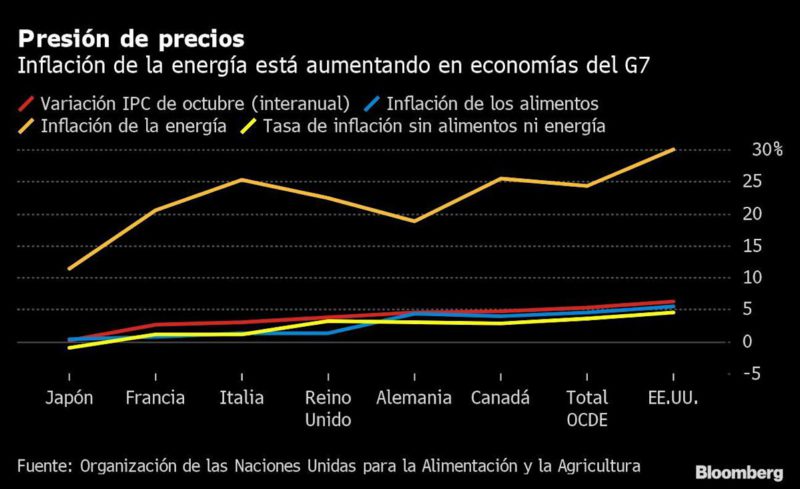 (Bloomberg) – Inflation in the OECD soared to its highest rate in nearly a quarter of a century after energy prices continued to rise in major economies around the world. Japan was the only country in the Group of Seven that did not see an increase in its overall rate in October, while the United States and the United Kingdom saw particularly sharp increases. While price pressures are stronger and longer-lasting than the OECD initially expected, it indicated in its report on Wednesday that inflation will ease by year-end and that central banks should not take hasty steps to tighten conditions.

Inflation Hits 24-Year High in the OECD on Energy: Chart