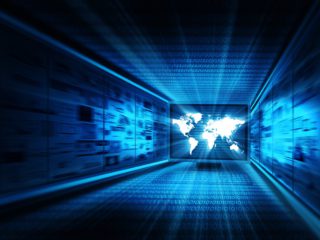 After more than 100 million downloads and around 100,000 users per month, HashiCorp has released version 1.0 of its infrastructure-as-code platform Terraform. Technically, the release is largely based on version 0.15.5, but there are new features in support intervals, the plug-in SDK and some enhancements for the commercial offerings Terraform Cloud and Terraform Enterprise.

Meeting your own standards after seven years

HashiCorp is relatively strict about the term “milestone”. Only products that have achieved widespread use over the years, whose use cases are clearly identified and supported, that speak a clear language in terms of user experience (UX) and whose technical architecture is considered mature and stable can make the leap to version 1.0 .

HashiCorp does not provide clear metrics for this, but indicates for Terraform that references, contributors to the code or pull requests and feature commits are used as well as existing documentation, workshops and the possibility of upgrades and sufficiently long maintenance intervals can.

For Terraform, that time has now come seven years after the product was first presented. Since the criteria mentioned do not affect the underlying code, HashiCorp does not explain any significant changes compared to the previous Terraform version 0.15.5. Developers can look forward to the fact that all 1.x releases will now receive bug fixes and, if necessary, feature updates for at least 18 months. Existing workflows should continue to work with platform updates from version 0.15 onwards, without the need for special upgrade tools or refactorings.

The release of version 1.0 is accompanied by a backport from Terraform State. In principle, the system for handling data on infrastructure and configuration is cross-compatible between Terraform 0.14.x, 0.15.x and 1.0.x. Remote state data sources will also support versions 0.12.30, 0.13.6, 0.14.0, 0.15.0 and 1.0.x. HashiCorp promises users more flexibility in dealing with several Terraform versions.

The previous Terraform plug-in SDK will no longer be supported as of July 31, 2021. HashiCorp calls on affected maintainers to follow the upgrade path to version 2 of the SDK. The company provides a corresponding guide in its documentation. Users of the Terraform Cloud and the Terraform CLI are not affected by the changeover.

However, there are minor announcements for organizations that use the cloud and enterprise offerings. In Terraform Cloud, HashiCorp offers a new overview page with a summary of the most relevant information about a Terraform workspace. Finally, cloud administrators will also have more leeway: In the future, they will be able to more easily add selected components from the public Terraform registry to their pool of private Terraform modules and expand them as a curated list with modules that meet the requirements of their organization.

Terraform 1.0 is available now. The binaries stand for common operating systems ready for download, HashiCorp makes the code open source under the Mozilla Public License v2.0 available on GitHub. More details can be found in the Terrafrom blog.