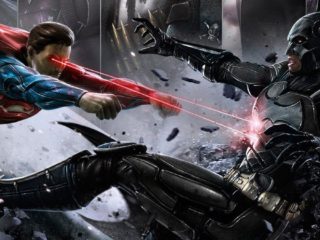 Warner Bros. and DC have revealed what will be the cast of your new animated film Injustice: Gods Among Us (Injustice: Gods among us, according to the translation of the video game) and an approximate release date.

The Injustice animated film was announced last month via a press release for the upcoming DC animated film: Batman: The Long Halloween Part 2. So not too much was revealed. Now, The Hollywood Reporter He has revealed the entire film with a good number of names that surely sound familiar to you:

These will be the voices of all the superheroes, vigilantes and villains in the movie. Additionally, THR has reported that Rick Morales (Mortal Kombat Legends: Scorpion’s Revenge) will produce the film along with Jim Krieg and Sam Register will serve as executive producer. The script will be in charge of Ernie Altbacker (Batman: Hush) and will be directed by Matt Peters (Justice League Dark: Apokolips War). The film will be released this fall.

Injustice’s story is set in an alternate Earth where Joker tricks Superman into killing Lois Lane, plunging Superman into a deep sadness and an obsession for force control and pacification. Superman ends up turned into a tyrant and blames Batman for Lois’s death. The Justice League (and the entire DC universe) is divided into two camps: those who support Superman’s empire and those who support Batman’s resistance.