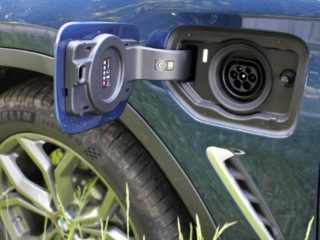 The funding conditions for plug-in hybrids are not easy to understand in detail. Because if you take a closer look, you will be amazed why taxpayers’ money is plentiful: The consumption of electricity and fuel usually suggests that plug-in hybrids are not necessarily economical. Rather, it is even the exception. In addition, only the possibility of electric travel is promoted, regardless of whether the owner makes use of it or not.

So far, the legislature has not been able to bring about actually tightening the funding conditions. No wonder, since there is a powerful lobby that can point to brilliant sales figures. In this sense, the change that has been decided should also be seen, according to which the plug-in hybrids must cover at least 60 km purely electrically from the coming year. From January 2025 it will be 80 km. However, the limit of 50 grams of CO remains2 unchanged per kilometer. Since this is an “or” rule, the plug-in hybrid is only eligible for either the CO2Limit or the range has to be adhered to, often nothing shifts at all for the time being.

The more the general public becomes aware of the background to this sham tightening, the more the pressure to act increases – especially before a federal election. The Federal Ministry of Economics has now presented a draft of what a tightening could look like. Accordingly, from October 2022, the CO2Limit as a possible criterion is completely omitted. Then only the minimum ranges would count, whereby the 80 km target could be brought forward to January 2024

Recording of consumption is already possible

All of this is, it must be emphasized so clearly, just a draft, nothing more. With some probability, the political landscape at the federal level will at least slightly shift in autumn. It is then quite likely that the promotion of plug-in hybrids will also be an issue in the coalition negotiations. It is conceivable that a certain proportion of the E-route must be proven, regardless of the route. With the current emission standard Euro 6d-ISC-FCM, technically everything is included. “FCM” stands for “Fuel Consumption Monitoring”: The real energy consumption is recorded in the car and stored in the memory for later reading.

The Federal Ministry of Economics does not want to pull the plug-in hybrids away from under the wheels. They are still an “important and necessary building block” and a bridge to the market ramp-up of pure electric cars, it said. The electric drive can be used in city traffic; conversely, the combustion engine offers consumers the necessary security for longer journeys when making a purchase decision. Funding for electric cars and plug-in hybrids is not limited to financial support for purchases. The private use of a company car with an electric motor incurs a significantly low tax burden.

The background to the considerations is that the policy for the extension of the increased funding has to act anyway. Politically, the doubled premiums have already been decided, but not yet implemented. So far it is limited to the end of 2021. According to the draft, what is new in the funding guidelines is that so-called electric light vehicles should also be eligible for funding in the future. It is about light vehicles with electric drive that are required to be registered and used in city traffic, for example.