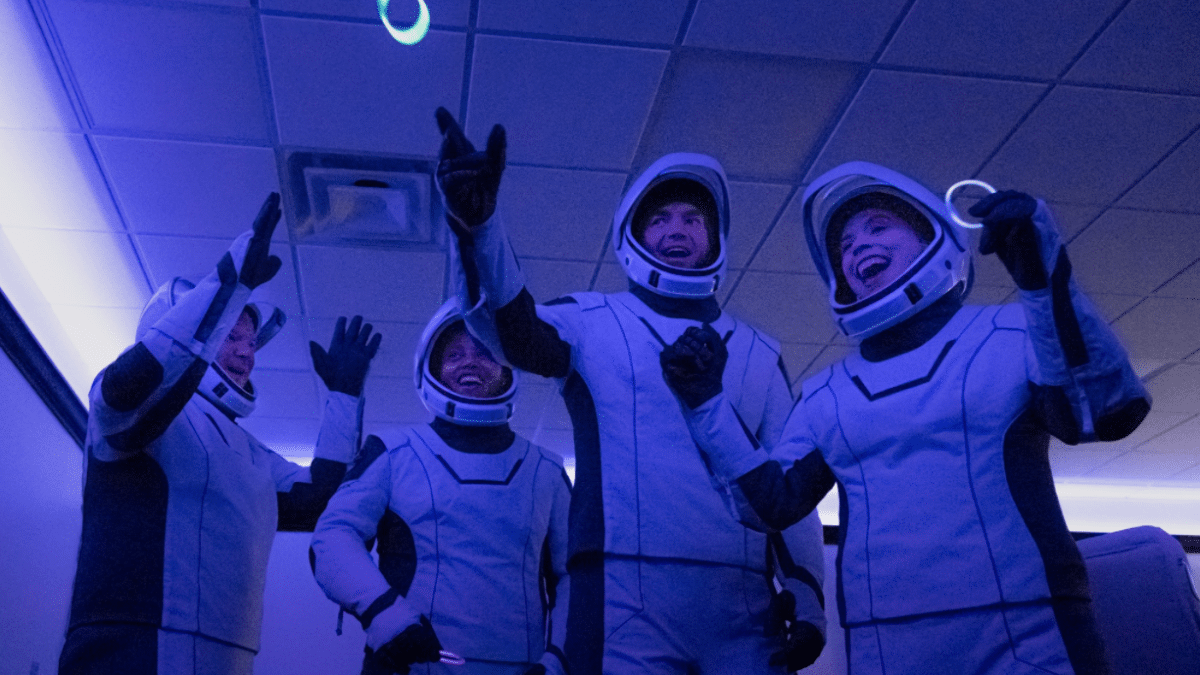 Inspiration4: For the first time, four laypeople started out into space alone

Shortly before the start of the first all mission without professional astronauts on board, the control center of the space company SpaceX reported again to the four passengers. “You really inspire the world today,” came the speakers. “Good Trip!” A few minutes later, the Dragon space capsule took off into Earth orbit on Wednesday evening (local time) using a Falcon 9 rocket from the Cape Canaveral spaceport in the US state of Florida.

“Making space accessible to everyone”

“The views are spectacular,” cheered 38-year-old US billionaire Jared Isaacman, who chartered the Dragon for the all-out excursion. The start of the space tourism mission called “Inspiration4” was “a significant milestone in the endeavor to make space accessible to all,” commented the US space agency NASA, which provided the launch infrastructure but was not otherwise involved, via short message service Twitter. SpaceX speaks of the “first mission to orbit the earth with only laypersons” – there is no trained professional astronaut on board, the capsule flies largely automatically.

Isaacman is already the third billionaire in a few months to venture into space from the United States. In July, the Briton Richard Branson and about ten days later Amazon founder Jeff Bezos tested their own spaceships for the first time – but both only with short excursions of a few minutes. Neither he nor SpaceX wanted to reveal how much Isaacman paid to charter the Dragon spaceship.

The Dragon is now to orbit the earth for around three days – every 90 minutes at around 30,000 kilometers per hour and at around 580 kilometers above the earth, even higher than the International Space Station (ISS). On board, in addition to Isaacman, are the 29-year-old medical assistant Hayley Arceneaux, who had conquered bone cancer as a child, the 51-year-old artist and professor Sian Proctor and the 41-year-old aerospace engineer Chris Sembrosk.

Isaacman selected his fellow travelers through various charity campaigns because he wants to collect donations for a children’s hospital in the US state of Tennessee with the mission. During the all excursion, about that too a documentation is being created for the streaming service Netflix, the four passengers should also carry out scientific experiments.

“Our crew is responsible and knows the importance of this mission,” Isaacman said shortly before the start. “We have prepared well for the challenges of the next three days and look forward to sharing our experience with the world.”