Intel Core i-11000: BIOS compatibility only with graphics card 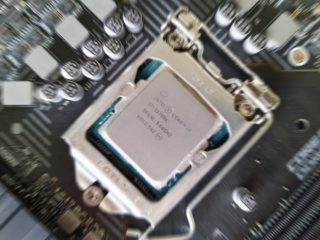 Computers with the Core-i-11000 “Rocket Lake” desktop processors introduced in March can no longer easily boot in the classic BIOS mode. Therefore, for example, no antiquated operating systems can be installed on it or older, bootable hardware diagnostic tools can be started. Intel had already announced this step in 2017: As of 2020, there should only be new processor platforms that, as so-called UEFI Class 3 systems, only use the UEFI mode – without compatibility with the classic BIOS.

Intel no longer provides a video BIOS (VBIOS) for the integrated UHD 700 graphics unit of the 11th generation Core i processors. Instead, a more modern graphics output protocol driver (GOP) is used as the successor in the UEFI, which enables faster booting and is less limited in size. However, in contrast to VBIOS, which is still implemented as 16-bit code, the GOP driver no longer works with the Compatibility Support Module (CSM). UEFI systems can therefore no longer boot in classic BIOS mode.

The originally planned time for the switch to UEFI Class 3 was not chosen arbitrarily. With the end of support for Windows 7 on January 14, 2020, the last operating system that was not yet compatible with the Graphics Output Protocol was no longer available.

In practice, on current LGA1200 mainboards with Series 500 chipsets from Asus and Asrock, the boot mode in the firmware setup without a graphics card cannot be changed from UEFI to CSM. This works with MSI boards, but on the subsequent restart an error message follows that no VBIOS was found and the boot mode was reset to UEFI. In order to start computers with Rocket Lake processors via CSM, you also need a graphics card whose firmware contains a VBIOS.

Up to now it was left to the PC and board manufacturers whether they provide the firmware of their systems with a CSM for BIOS compatibility. The number of notebooks and complete PCs that boot exclusively via UEFI has already increased significantly in recent years.