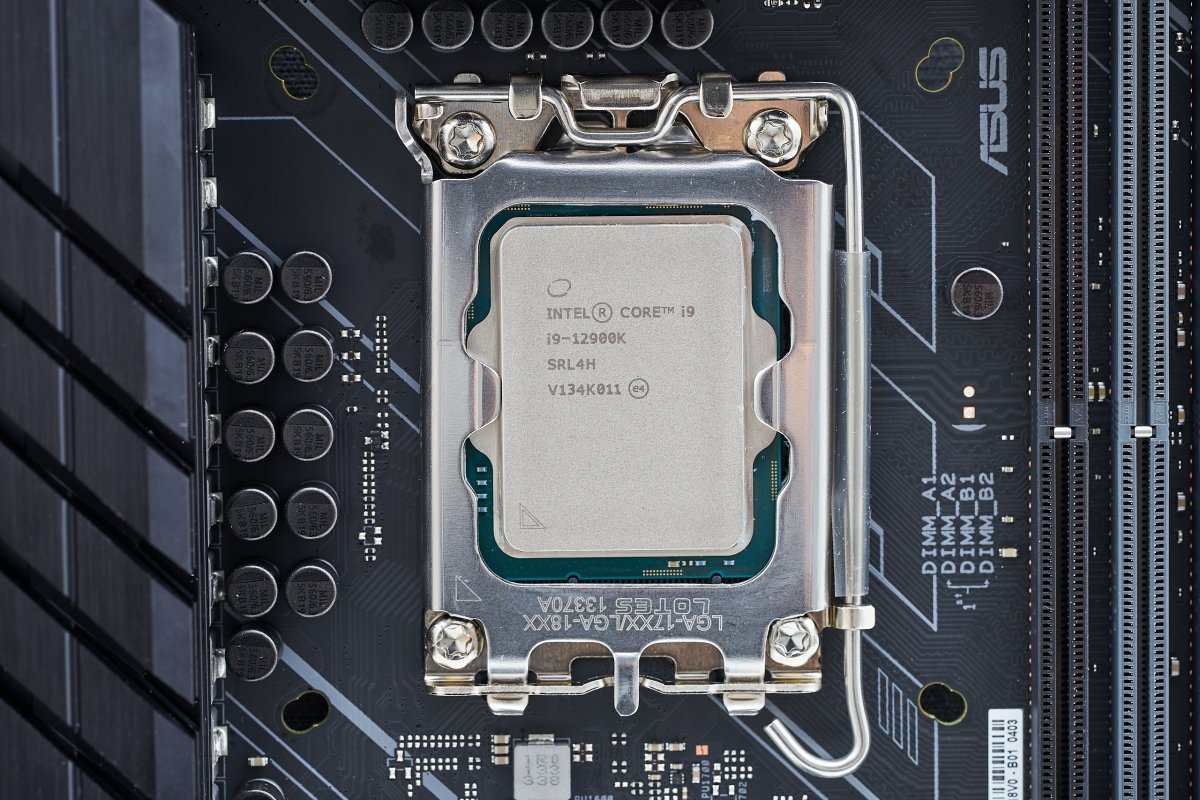 Intel will bring the first processors of the Alder Lake-S series, aka Core i-12000, onto the market on November 4th, 2021. Concrete specifications and further insights into the architecture are already available today: The three K models Core i9-12900K, Core i7-12700K and Core i5-12600K as well as their F sisters with deactivated graphics unit make the start.

All models use a combination of brisk Golden Cove and efficient Gracemont cores. The former are used for demanding tasks, the smaller CPU cores take care of the rest. Intel donates the full expansion of the i9 CPUs with eight performance and efficiency cores each – since only Golden Cove can handle Hyper-Threading, the Core i9-12900K and Core i9-12900KF have 24 threads.

With the introduction of hybrid computing, Intel is again separating the i9 and i7 classes more strongly from each other: If the two classes in the 11000 series (Rocket Lake-S) differ only in terms of the clock frequencies and the size of the level 3 cache, the Core i7-12700K and Core i7-12700KF also get by with fewer efficiency cores than their faster brothers. The i7 processors use four, but keep all eight performance cores. The Core i5-12600K and Core i5-12600KF use a combination of six performance and four efficiency cores.

The integrated graphics unit from Alder Lake-S is similar to that of Rocket Lake-S with 32 execution units and Xe architecture. There are essentially only differences in the cycle behavior due to the change in production from 14 to 10 nanometers. However, Intel has decided to rename UHD Graphics 750 to UHD Graphics 770.

Fastest gaming CPU according to Intel

Thanks to the combination of additional and revised CPU cores, more level 3 cache and faster RAM, the gaming performance of the Core i9-12900K should increase by 13 to 28 percent – compared to the Core i9-11900K, according to Intel’s own benchmarks. The efficiency cores take on background tasks or encode a live stream, for example. If development studios optimize their games for Alder Lake, the efficiency cores can also render 3D scenes, such as physics calculations.

Intel promises that the Core i9-12900K will be the fastest gaming processor in the world, i.e. faster than AMD’s 16-core Ryzen 9 5950X and 12-core Ryzen 9 5900X. Independent benchmarks have yet to confirm this.

However, Intel buys the performance crown with an expected high power consumption. Nominally, the so-called Power Limit 2 (PL2) for the Turbo Boost on the Core i9-12900K drops minimally from 251 to 241 watts, but Intel is softening the information: There is no longer a Thermal Design Power (TDP), Intel mentions it instead Alder Lake-S only has one processor base power – in the case of the Core i9-12900K, 125 watts.

However, Intel has nothing against motherboard manufacturers ignoring the processor base power and permanently setting the increased power limit 2 as the maximum turbo power. Many high-end motherboards are likely to go a step further and completely remove the electrical limitation. The clock frequencies are then significantly restricted by the temperature development.

With the introduction of Alder Lake-S, memory manufacturers such as Corsair, Crucial and G.Skill are launching their first DDR5 kits, which range from DDR5-4800 to DDR5-6400 using the XMP 3.0 profile. These modules run on more expensive mainboards with the new Z690 chipset and the LGA1700 CPU socket. In addition, there are also Z690 models with DDR4 slots – if you upgrade, you can continue to use the existing RAM and thus save money.

The Z690 chipset brings a wealth of innovations: It provides PCI Express 4.0 lanes, integrates the logic for Wi-Fi 6E and can manage several connected SSDs and HDDs without a RAID setup. In addition, USB 3.2 Gen 2×2 with transfer rates of 20 Gbit / s is included – in addition to Thunderbolt 4, which many mainboards connect using additional chips.

Speaking of PCI Express: Alder Lake CPUs can handle PCIe 5.0, but only provide 16 lanes for the first two x16 slots. A compatible graphics card uses up all 16 lanes. For an M.2 SSD, the Core i9-12900K & Co. lead four additional PCIe 4.0 lanes to the outside

More CPU cores, current standards such as DDR5 and PCIe 5.0 and 10 nanometer technology mean that the prices have not been left untouched. Intel’s recommended prices (specified for purchase quantities of 1000 pieces) increase by 10 to a good 50 US dollars, depending on the model. The top model Core i9-12900K costs 590 instead of 540 US dollars, which is still less than AMD calls for the Ryzen 9 5950X (from 739 €).