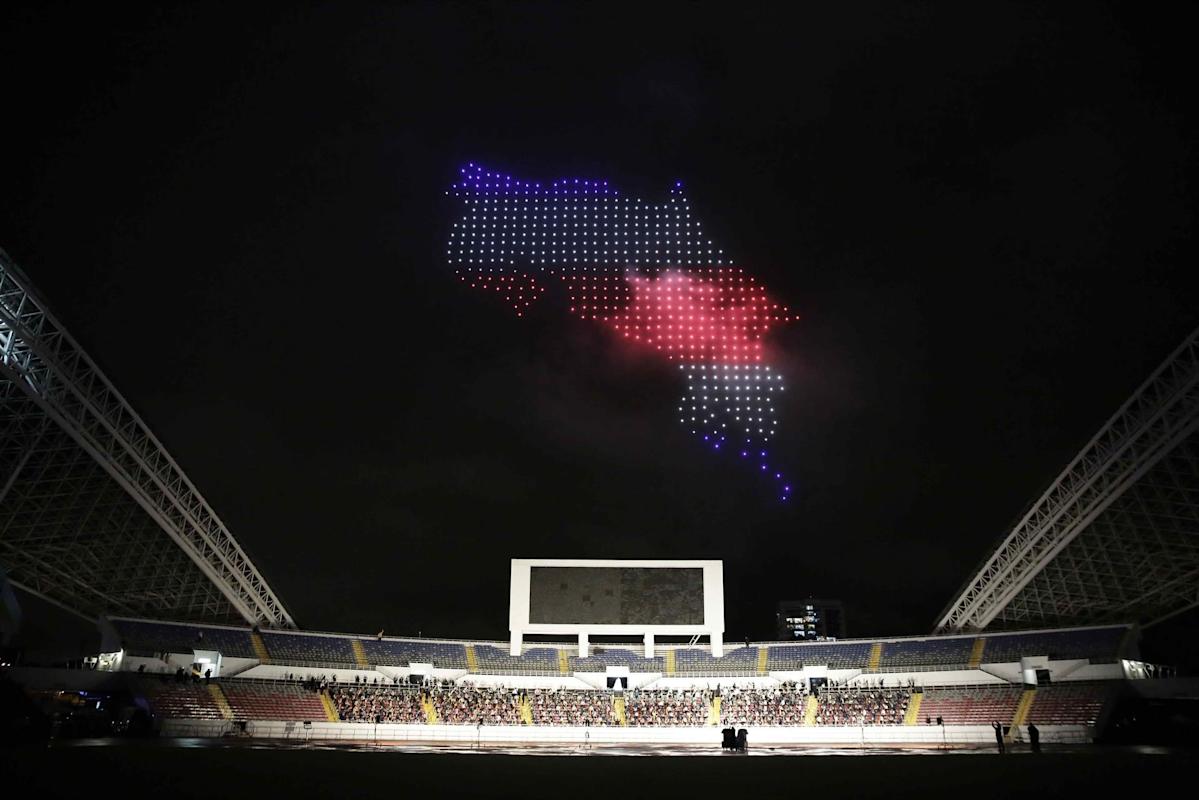 San José, Sep 16 (EFE) .- A total of 500 perfectly coordinated Intel company drones illuminated the sky of San José and drew figures alluding to the identity of Costa Rica, at the close of the celebration of the bicentennial of Central American independence .

This show, which was presented for the first time in Central America at the end of the night of September 15, was the finishing touch to the independence celebrations marked by the covid-19 pandemic, and it was also the beginning of the celebrations Intel’s 25th anniversary in Costa Rica.

“At Intel Costa Rica there is much to celebrate, as it is 25 years of the contribution of Costa Ricans to the Intel Corporation and to the economic and social development of the country. We hope you have enjoyed the ‘show’ and we thank the Municipality of San José, as organizer of the event, allowing us to participate in such an important celebration, “said the company’s general manager, Ileana Rojas.

The sky over the National Stadium of San José was illuminated with 500 drones specially designed for light shows, which in a perfectly synchronized way drew figures alluding to the Costa Rican identity, such as the Arenal volcano, the sloth bear, the country’s map, the flag. , coffee and the phrase “Pura vida”.

It was also possible to observe the figure of a doctor in gratitude for the work of health personnel during the pandemic, in addition to a phrase alluding to the 25th anniversary of Intel in the Central American country.

The show was observed at the National Stadium by a small group of guests due to the pandemic, including the country’s president, Carlos Alvarado, and the first lady, Claudia Dobles, but people from various parts of the capital could also see it. due to the height at which the drones were.

The celebration of 200 years of Costa Rican independence joins other events in which Intel’s drones have been present, such as the inauguration of the Tokyo Olympic Games, the festivities of Saint Patrick, in Ireland, and the American football super bowl.

The show uses custom Intel software to direct flight operations from a single computer, and the complex design and implementation of the show was commissioned by a regional team made up of Costa Rican, Mexican, Colombian and Argentine employees who have worked with the team. technician for Intel’s drone division in the United States.

Intel’s light drone technology has already illuminated the skies of 23 countries with more than a thousand shows around the world and for the first time they will be able to be enjoyed in Costa Rica.