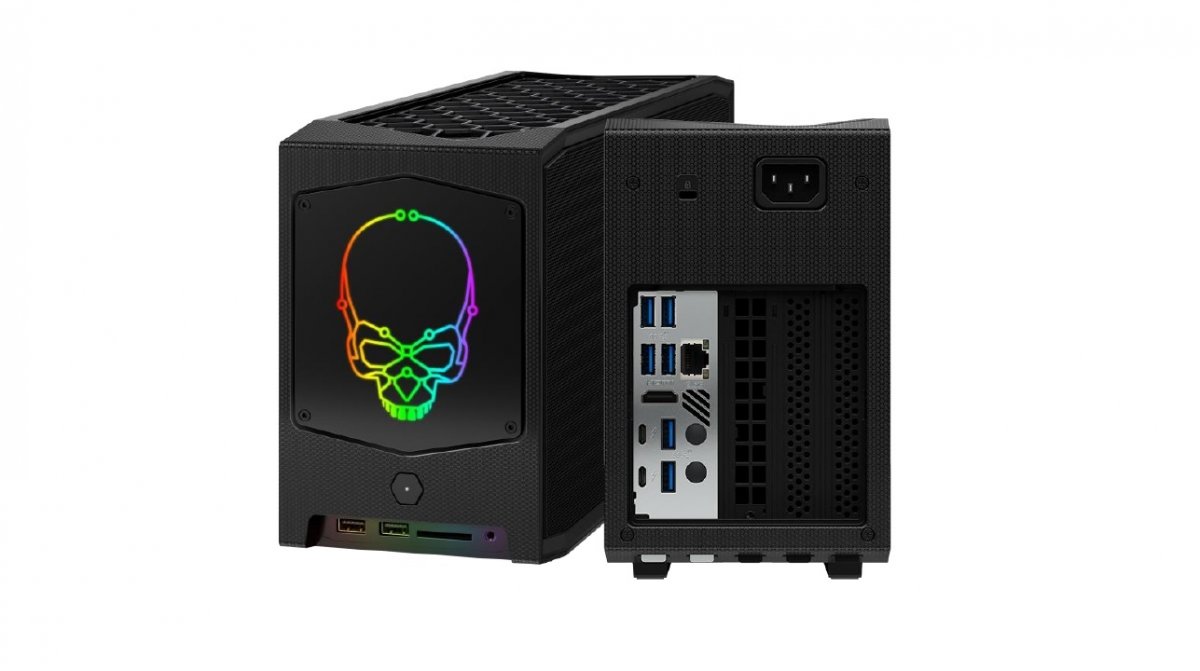 The US mini PC distributor SimplyNUC added Intel’s gaming offshoot NUC 11 Extreme to its range before Intel even introduced the model. As part of the Computex 2021 hardware trade fair, the system with the code name Beast Canyon was only briefly announced.

All processors are firmly soldered to a so-called compute element, so they cannot be replaced individually. In return, you get more advanced CPUs than Intel offers for desktop PCs. Rocket Lake-S, led by the Core i9-11900K, still relies on 14 nm technology. Meanwhile, the Compute Element is almost a complete PC: In addition to the processor, it also has space for up to 64 GB of DDR4 RAM (two SO-DIMM slots) and three M.2 SSDs, one of them with PCI Express 4.0 Connection via the CPU.

In addition, the system provides two Thunderbolt 4 USB type Cs and six USB 3.2 Gen 2 (10 GBit / s) type A. The two Gigabit Ethernet ports of the predecessor NUC 9 Extreme give way to a single NBase-T connection with 2.5 Gbit / s in the NUC 11 Extreme. The image is output via HDMI 2.0 or Thunderbolt 4, provided that the processor’s integrated Xe graphics unit is used.

The Compute Element is a PCI Express x16 card on a base board that can optionally accommodate an additional graphics card. With a volume of 8.1 instead of 5.2 liters, the case is significantly larger than before. Longer graphics cards should now fit for this. In addition, there are three case fans instead of two in the lid, like pictures of someone else of Computer base discovered Custom PC vendor show. The Mnpctech still call. According to the schematic drawings, Intel has also enlarged the CPU heat sink. The NUC 9 Extreme got uncomfortably loud under heavy load.

Until then, Intel should officially present Beast Canyon and German retailers should also offer the gaming PC.