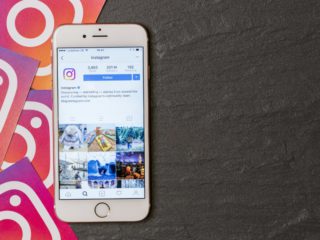 Facebook knows about the harmful effects that Instagram has on young people and especially girls, even if the US company often publicly claims otherwise. That comes from internal documents, reports the Wall Street Journal. Accordingly, researchers on behalf of the company have been finding out for years that Instagram is harmful to a significant percentage of young people who use the app. Every third teenage girl on Instagram has a more negative perception of her own body due to the app, a not inconsiderable number of teenagers with suicidal thoughts blame Instagram for this. The tendency to share only the best moments could lead to some negative behavior: “Aspects of Instagram aggravate each other into a perfect storm,” the newspaper quotes.

More negative than the competition

Teenagers blame Instagram for the rise in anxiety and depression, according to an internal presentation, writes the Wall Street Journal. Some of the negative consequences for psychological well-being are explicitly related to Instagram and not social networks in general, a research group has concluded. This applies above all to social comparisons, i.e. when people determine their self-worth based on the attractiveness, wealth and success of others. TikTok is more about appearances, Snapchat is about funny filters for alienating the face. Only on Instagram is the focus so much on the body and lifestyle. At the same time, however, the analyzes also suggested that Instagram does not have negative consequences for all users. For most, positive opportunities would prevail.

The US newspaper report is again based on internal documents apparently from an anonymous whistleblower on Facebook. On Tuesday, the newspaper revealed that Facebook had special rules for millions of celebrities. The revelation that Facebook is well aware of the harmful consequences of Instagram for the psyche of young people comes at an inopportune time for the US company. While no effective countermeasures have been found so far, they are already working on an “Instagram for children”. Dozens of justice ministers protested to Facebook boss Mark Zuckerberg personally, stating that Facebook had already failed in the past to protect the well-being of children on its own platforms.