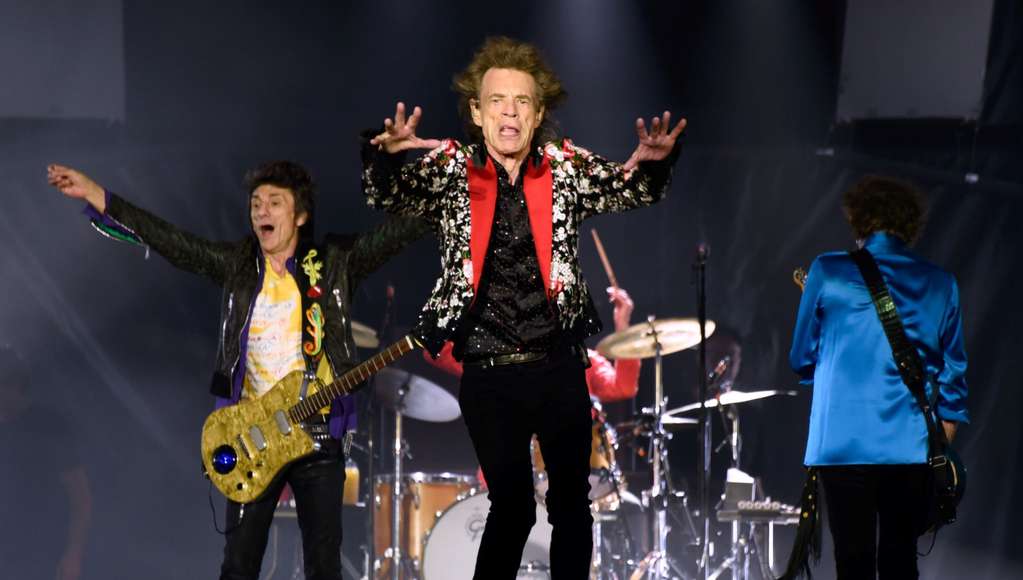 International Rock Day: from Sumo to U2, the origin of the names of bands that revolutionized music

A July 13, 1985 the “Live Aid”, a charity concert to fight hunger in Africa that went down in history because of the caliber of artists who passed through. Since Madonna until David Bowie, passing by Queen, Bob Dylan, Stevie Wonder and many musicians of the highest level. There the International Rock Day, which is celebrated every July 13.

// Read also: What are the best-selling band t-shirts around the world

The name of a rock band is not something that should go unnoticed far from it. Many bands have gone down in history by their names and by the message they want to give, while others They seek to differentiate themselves by their ingenuity, style and creativity.

The language learning app “chat”, Produced a glossary that analyzes how the names of bands that remained in history international rock, and other musical groups that left their mark on the national level.

John Lennon, Paul McCartney, Ringo Starr and George Harrison They searched for the name of the mythical band a pun. Inspired by “Buddy Holly & The Crickets”, the four British boys also looked for the double meaning between music and insects.

“Beetles“In English means”beetles”, But the four young British they decided to replace the second “e” with an “a” to refer to the word “Beat” (Rhythm in English) and thus defined as “The Beatles”.

In this case, the creation of a name does not come through a play on words but in a kind of tribute to a song. Although for years it was thought that it could be related to the single “Like a Rolling Stone” de Bob Dylan, it turned out to be information false.

The name was born when they found a magazine needed the name of the band to announce one of their concerts. They couldn’t think of any and, to get out of the way, tThey took the one from a Muddy Waters song, whose disk was on the floor: “Rolling Stones blues”.

The name of the mythical British band at first did not have the meaning that it was later given, but finally the search for Freddie Mercury and company was controversial. The meaning is associated with the name of a head of state or a derogatory way of mentioning a homosexual. It was even related to “queer”, Which in English is used to refer to something strange, ambiguous.

The detail is that at the beginning did not convince all members of the group because of the different gay connotations that the word implied to the public, but finally left his mark on the history of rock.

Another case of pun in rock. According to account “chat”, Jimmy Page was sharing drinks with the drummer and bassist of The Who and the name of the band It arose from a joke that it would fail.

Hence the term “zeppelin”Which refers to a dirigible With lead (lead in English). In short, they meant that the band was going to fall like lead, but Page thought the Americans were going to get confused and decided to remove the “a” from “lead.”

This case is very particular because the name was not chosen by any musician in the band. Steve Averill, designer of the album covers of the group, is the one who put stamp on the irish band. It seems that the name at first did not convince the members of the band, who then got carried away by it rapid growth of fame.

What is the point of U2? It has two: the first refers to the American spy plane shot down by the Russians on the days of Bono’s birth and the second is the play on words that represents “you too”, which means “you too” in English.

// Read also: Noel Gallagher talked about Bono and surprised with his theory of why people don’t want him

A case similar to that of The Beatles with a rather particular play on words. In a garage of Belgrano where they rehearsed Gustavo Cerati, Zeta Bosio and Charly Alberti, the first had several soda siphons Drago brand. The first part was already there, it only remained to relate it to the music.

In turn, friends who visited the trinomium that made history, commented that the music they made was bubbly like the sodas that it kept Cerati. The play of music came through the stereo, and from there was born Soda Stereo.

The grandparents of nothing

They are a unique case in the history of national and international rock. Why? The band already had a name before establishing itself as such. The story goes that Miguel Grandfather accompanied his friend Pipo Lernoud to the record company CBS and the producer, back then Ben MolarHe asked if he had a band.

Without hesitation Miguel said yes and the first thing that came to his head was a phrase that a character from “The banquet of Severo Arcángelo”, tale of Leopold Marshal: “Father of lice, grandfather of nowhere.” From that day on, “Los Abuelos de la Nada” were born.

// Read also: Elvis Presley will have his own streaming channel

It was February 1982 when Luca Prodan and company locked themselves in an apartment and decided they weren’t going to leave it until they had a band name. The proposal was absolutely democratic: the name with the most votes was the winner.

Luca Prodan, british drummer Stephanie Nuttal, Germán Daffunchio, Alejandro Sokol and the manager Timmy Mac Kern they offered their options and won Sumo, which has a double meaning. On the one hand refers to the Japanese wrestling sport, but is also associated with something supreme.

Diego Rodríguez, better known as Adrián Dárgelos, were others of the many who forged their name through a pun quite particular that they unite a guru with an animated cartoon.

It is that Babasónicos is born from a mix between the guru Sai Baba and the series of the 60s “The Jetsons”.