Home
News
International Taekwondo Day: the sport that is also a philosophy

International Taekwondo Day: the sport that is also a philosophy 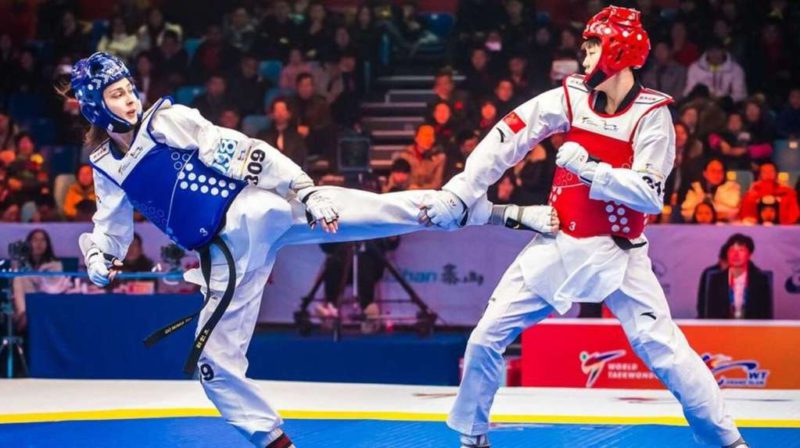 Each 4th of September is celebrated on International day of Taekwondo because it was on this date of the year 1994 when the International Olympic Committee, decided to include this martial art as official olympic sport, at the Paris session.

Although the Taekwondo has over 200 years of recognized history, the first time it appeared In the olympics, it was in 1988, during the seoul olympic games and it showed as exhibition sport, situation that was repeated on Barcelona, until in 1994 the resolution was made to turn it into a official olympic sport.

Despite the fact that during the 70s, its greatest exponents tried to unify the techniques that make up this martial art, today they can be appreciated subtle differences regarding a particular type of school, but his greatest feature and for what it is known all over the world, it is for the hit combinations that bring together both the upper and lower extremities.

Is that his repertoire of blows includes any part of the body in order to defend itself, from the fists, and the open hands, to the fingers, the elbows, the knees, the instep, the heel, the wrists, the forearms.

This activity that arose in Korea and shares its origins with other Asian martial arts, such as kung fu and karate, today it is considered a combat sport and one of the most practiced worldwide. However, those who practice it maintain that it is much more than an activity and consider it a Lifestyle.

its philosophy is based on principles of Taoism and Confucianism, which establishes the following moral parameters: courtesy, integrity, perseverance, self-control and indomitable spirit.

That is why its importance lies in the serenity, health and quick response that you incorporate to respond to extreme situations. Once the maximum levels of self-control in practice, the value gained is developed across the board.

The origins of Taekwondo:

The history of Taekwondo starts together with that of Korea, during the centuries from the I a. C. al VII d. C. before the rivalry of the kingdoms and their constant struggles. from two martial arts that originated at this time, the “Subak” and the “Taekkyon”.

The “Subak”, was born in the mountainous regions of Korea, and was characterized as a fighting style based on strong kicks, blocks and takedowns. Meanwhile he “Taekkyon”Was developed for strengthening the body and mind, for the use of feet and hands freely, and adaptation to any critical situation, in the ancient kingdom of Koguryo (the Goguryeo kingdom). Over time it derived in the philosophical basis of what we currently know as Taekwondo which means “The way of the feet and the hands”.