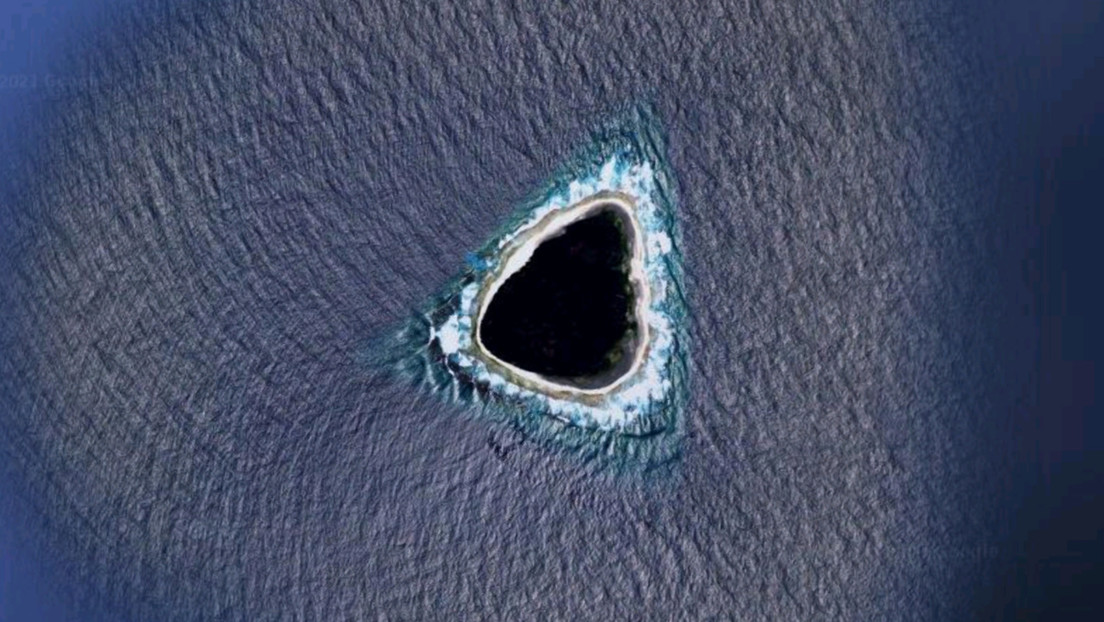 A small island in Google Maps, the interior of which looks like a large black spot, as if it were a ‘black hole’, has deconcentrated the users of social networks, who propose different theories about the reason for the color of the interior of the place.

In the comments of the publication of the image, which was published a few days ago by an Internet user on Reddit without providing his coordinates, some users suggest that Google Maps, for one reason or another, could have censored the interior of the island. “My first thought was that I was censored. It wouldn’t make sense for a natural formation to be so black on such a small atlon / island, “wrote one netizen.

Others jokingly assure that it could be the island from the famous television series ‘Disappeared’, whose original name is ‘Lost’. “Ladies and gentlemen, you have found the Island of ‘Disappeared'”said a netizen.

Finally, a user managed to locate the island on Google Maps and it turned out that it was the uninhabited island Vostok, in the central area of ​​the Pacific Ocean, which is part of the Line Islands belonging to the Republic of Kiribati. As for the black color of its interior, a netizen suggested that the entire island is covered with trees. Looks like they are trees, he supposed.