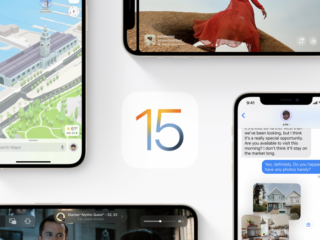 iOS 15 and iPadOS 15 are almost there: Apple wants to make the major system updates available for download from Monday, September 20, as the company announced on Tuesday evening on the sidelines of the iPhone 13 keynote.

The new version of the operating system can be installed on all devices that support iOS or iPadOS 14. The coverage extends back to the iPhone 6s and 6s Plus as well as the iPhone SE of the first generation. iPadOS 15 runs on all iPad Pro generations, the iPad from the fifth generation, the iPad mini from 4 and the iPad Air from the 2nd generation.

The new operating system versions bring new functions and many detailed improvements for iPhones and iPads, including extensively configurable focus modes that are intended to minimize interference from messages and calls and a new collection function that summarizes less important messages at specific times. Some of the central innovations that rely on machine learning – including the useful live recognition of text in photos and offline functionality for Siri – are reserved for newer hardware from Apple’s A12 chip. Such functions are therefore available on iPhones built after 2018.

In the future, SharePlay will allow people to watch films and listen to music together using FaceTime video calls. The framework should also make screen sharing and remote collaboration with apps possible. Apple recently postponed the introduction of the function, so it will still be missing in iOS 15.0. The Safari browser has a new user interface and supports web extensions on iPhones and iPads for the first time. For maps, reminders, wallets, photos and other apps, Apple has promised some small new functions, and the weather app on the iPhone has been extensively redesigned.

iPadOS brings more flexibility for widgets on the home screen and the app media library, which serves as a collecting basin for apps. In addition, Apple has renovated the operation of the multitasking functions so that working with several apps is much easier – and for the first time can also be controlled comprehensively using the keyboard.

For the first time, after the release of iOS 15, there will continue to be important security updates for last year’s operating system version 14, as Apple announced in advance – accordingly, users can take more time to switch.

Mac & i brings many detailed tips on iOS 15 as well as macOS 11 and watchOS 8 in the upcoming issue 5/2021, which will be available in stores from October 7th.