iOS 15: Switched off and deleted iPhones can still be tracked 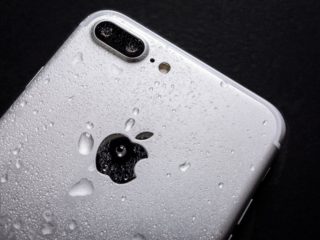 Apple is significantly expanding the remote location function for iPhones: With iOS 15, smartphones should still be able to be found from autumn onwards, even if the battery ran out completely or the device was switched off by hand. This also helps in the event that a thief detects the stolen iPhone, according to Apple.

When the battery is very low, the iPhone currently transmits the location to Apple’s “Where is?” Network, which is then noted there. If the device leaves this location, for example because it was not lost but stolen, it can no longer be located. That changes with iOS 15.

Deleted iPhones can still be located

Even if a stolen iPhone is deleted or reset, the owner can still locate it, Apple promises. To prevent an uninvolved third party from buying the stolen goods, the setup screen of the operating system warns that the iPhone is secured by the activation lock and can still be located.

For this extended protection, Apple uses the technology known from AirTags: a switched off or deleted iPhone sends a public key ID via Bluetooth just like every AirTag, which changes regularly. This should consume so little power that it works for a long time even with an empty battery. Tests will determine which period this covers. An iPhone can still be used as a car key for about five hours after the battery has run empty, and the transmission of the Bluetooth ID should last longer than that.

If another Apple device passes nearby, it forwards its own location to Apple’s “Where is?” Service – encrypted with the public key. The owner of the lost device, who has the private key, can access and decrypt the location there. The public-key encryption method prevents third parties or Apple from being able to see.

As things stand at the moment, this location function seems to be planned only for iPhones, but not for iPads and Macs. The tracking option when switched off should apparently also be able to be switched off, iOS 15 also advises the user that his device can still be located even when the battery is empty.

Apple plans to retrofit the AirTag functionality on AirPods Pro and AirPods Max in the fall as well, so for the first time they can also be found outside of the battery box and outside the Bluetooth range of your own iPhone instead of just showing their last known location – where they are often long ago are no longer. IOS 15 also allows users to set up new disconnection alerts to remind them when they leave a device behind.